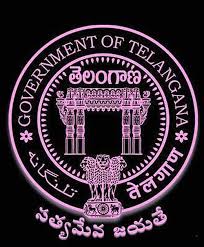 Telangana is all set to rebuild brand Hyderabad.  It plans to clear several IT companies’ expansion plans which were in cold storage during the tumultuous last four years.

Among the companies geared up for expanding their operations in and around Hyderabad are tech majors such as Amazon, Google, Facebook, Microsoft, Cognizant and Tata Consultancy Services.

State Information Technology  Minister, K T Rama Rao,  while addressing the media said, “Encouraging the growth of the IT sector is the top priority of our government, by ‘grounding’ (starting) the projects — including ITIR (Information Technology Infrastructure Region) — we are looking at creating 15 lakh direct and 35 lakh indirect jobs in the IT sector over the next five years.”

The sources said the minister was planning to convene a round-table meeting of the IT sector’s stakeholders  meet to invite suggestions to make Hyderabad more investor-friendly. Besides this, Rao is said to have prepared a 16-point agenda for the revival of the IT sector, which had begun to look sluggish during the Telangana struggle. The government plans to set up an IT governing body that will monitor various sector-related issues.

Government also wants to take the sector to two-tier and three-tier cities such as Nizamabad, Karimnagar and Warangal by building IT corridors in these cities along the lines of the one in Hyderabad. Special incentives and tax rebates have been planned for start-ups and investors in these corridors.