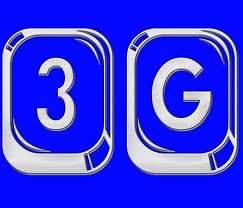 The 3G spectrum in 2100 Mhz band should be made available by June and be auctioned immediately after the new government takes charge, informed Trai Chairman Rahul Khullar.

“You should be planning now what you are going to do in next 3-4 years from now. One is get 2100 Mhz out by June and the moment the new government takes charge, auction it,” Khullar said while speaking at an event. He said aggressive bidding in the ongoing spectrum auction may be because of the reason that companies are not sure when will they have next set of spectrum available for commercial use. A major chunk of spectrum fit for telecom services is at present held by the Defence Ministry which has agreed to vacate that once an alternate communication network is put in place by the telecom ministry.

State-run telecom firm BSNL is executing a project for that which the company expects to be ready by mid of 2015.

“Authority has decided that in course of next quarter over 2-3 months, we will release a paper on broadband where you will see various kind of solutions,” Khullar said while talking about challenges in proliferation of broadband services.

Khullar also criticised the delay in rolling out of National Optical Fibre Network (NOFN) which aims to provide broadband connectivity across all 2.5 lakh village panchayats. Earlier government had set the target to complete roll out by 2012 which was later deferred to 2014-end and then again till March 2015.

“You set yourself target of three years. Two years have long elapsed and I am rest assured we are nowhere in sight. Where large amount of USOF money is given in North East, take it from me, one particular organisation is still doing research two years after contract was given,” the Trai chairman said.

The Trai chairman also questioned the government’s decision of not involving private sector players in rolling out NOFN.

For some reason, I don’t question that, government decided that we will spend magnificent amount of Rs 25,000 crore but will do it through public sector units only … whose track record you know better than I know,” Khullar said.

“In a country where you are letting private sector build roads, highways and telling me not to let them lay fibre. Rocket science is important but this does not even require plain common sense,” Khullar said.