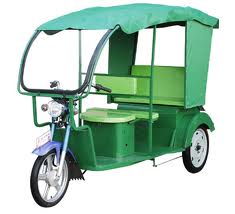 New Delhi: The Delhi Transport Department has decided to launch a drive from February 15 against unauthorised battery operated e-Rickshaws in the city.

“These are not only running illegally but are also dangerous for passengers. So, we have decided to take action against such rickshaws,” a Transport Department official said.

Such rickshaws do not have any certification from any authorised agencies. They are very prone to accidents, the official added.

“Action will be initiated under relevant laws against manufacturers, suppliers and dealers of such e-rickshaws for endangering public safety,” the official added.