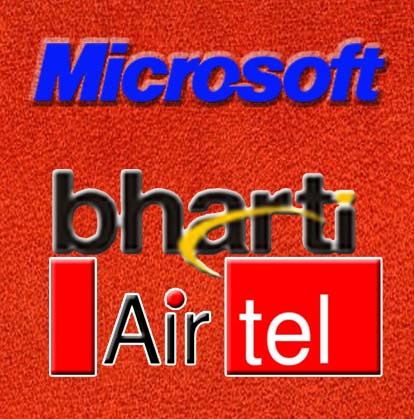 India’s largest telco Bharti Airtel has tied up with Microsoft to sell the software giant’s office productivity suite to small and medium businesses in India.

For Airtel, the partnership will help boost its intent to derive a larger portion of revenue from data services and for Microsoft, the tie-up will give it easy access to a large pool of potential customers in India who prefer to pay for software based on what they use instead of the traditional model of high upfront investment for licences.

Currently, data services (excluding SMS) accounts for only 4.3% of Airtel’s revenues of $7.5 billion. Telcos around the world, like Etisalat in Dubai and China Telecom in China, are looking at such partnerships to drive data revenues. Microsoft has also inked similar arrangements with AT&T, Verizon, Telstra in US and Australia.
As part of the contract, Microsoft will sell its Office 365 Software – Word, Excel, Powerpoint, OneNote – as a service, with the actual software hosted on from Bharti Airtel’s data centres.