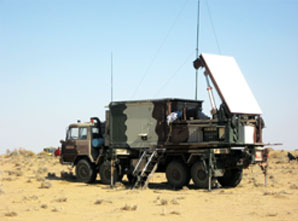 Balasya mulam vigyanam (The source of strength is Science) is the motto of DRDO. It is science that drives the nation in peace and war. DRDO has firm determination to make the nation strong and self reliant in science and technology. Being knowledge based organisation, DRDO has always been generating and protecting the intellectual property rights. DRDO has taken more than 491 Indian and 46 foreign patents /designs/ copyrights till date, while another 652 Indian and 104 foreign patents are under process. A good number of national and international papers are being published by our scientists. DRDO provides support to academia to carry out research on topics related to military science under Grants-in-Aid Scheme.

With strength of over 28,000 personnel, DRDO has developed a wide range of strategic and tactical weapon systems. The indigenous strategic missile development programme represents a quantum leap in terms of capabilities and level of technological excellence. The Agni series together with PII surface to surface missiles cover wide range of 300-4000 kms.  MBT- Arjun is the pride of the Indian Army. Akash surface to air a missile system is being inducted by both, the Air Force and Army. The Light Combat Aircraft (LCA), DRDO’s flagship programme, reached a significant milestone, when it achieved the Initial Operational Clearance (IOC) on 10 January 2011. The infrastructural facilities created by DRDO are national assets and include the integrated instrumented flight test range, structural dynamics and vibration test facility for aircraft, electronic warfare test ranges, propulsion and ballistics test facilities, underwater weapons test ranges and test tracks for land systems. The National Centre for Automotive Testing (NCAT), Ahmednagar, provides a one stop solution to the requirements of the Indian Automotive industry and defence services. It is an approved agency for evaluation of vehicles and their subsystems/components for certification and compliance to various national and international standards and regulations.

The major partners in the DRDO’s nation building endeavours include the armed forces, defence PSU’s, private industries, international collaborators and academic/researchers. Inter-Governmental Agreements/MOUs on defence cooperation exist with about 35 countries. The growth of DRDO and the successful outcome of many of its recent programmes in high technology areas have been noticed by many countries, which are evincing interest in collaborative efforts. India and the United Kingdom entered into a letter of arrangement in September 2011 to pursue collaborative Defence R&D Cooperation with UK’s Defence Science and Technology Laboratory (DSTL) and facilitate best use of respective research and technology development capability through joint projects.

In its drive to take the fruits of technological progress to the common man, DRDO has been releasing many technologies for civilian applications. A recent DRDO initiative in this direction is ATAC (Accelerated Technology Assessment and Commercialisation), which has been launched in association with the Federation of Indian Chambers of Commerce and Industry (FICCI). Forty five technologies have been already identified and over hundred other technologies are being assessed.