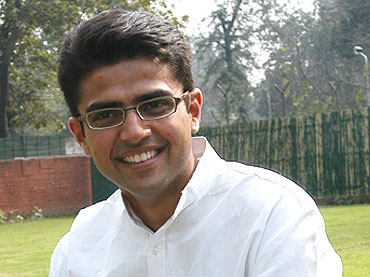 The Central government has said that “Aakash 2” project was aimed at “democratising technology” in the country. Aakash 2 is an upgraded version of the world’s cheapest tablet PC launched in October last by Telecom Minister Kapil Sibal.

While addressing silver jubilee celebrations of the Centre for Development of Advanced Computing (C-DAC) in Pune, Union Minister of State for Communications, Sachin Pilot, said “The project is aimed at democratising technology in the country. The focus is on service to citizens and how a Government will interface directly with public without any human interference.”

Hailing the contribution of C-DAC, Pilot said it had played a major role in taking IT to the masses and the future challenges “will be of interoperability and sustainability.”

“Content must be available in all languages and at all platforms. 2012 is about a different India. Our quintessential hunger for knowledge has not changed. While India continues to grow, the game changer will be the transition of our society into a knowledge society.”

Sam Pitroda, Adviser to Prime Minister on innovations, said the first phase of the telecom revolution was already over, and we have “entered the second phase of the revolution where the focus is on democratisation of information.”

Sam Pitroda added, “The National Knowledge Network (NKN) is probably the biggest example of this initiative, but the key here is to learn to use this capability. NKN connects 2,50,000 villages through an optical fiber network and through this network, the villagers will be able to access a number of services from the Government. This has a huge implication on e-Governance.”