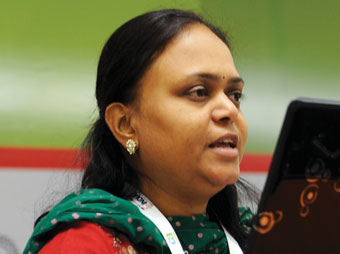 Effective use of ICT at all stages of the 2011 Census led to better data processing and release of Census findings in record time. This will be of immense help to planning agencies, governments and businesses This year the task was supported by a number of technological innovations. The first being  availability of digitised maps of all the areas.

Another area where technology played an immensely active role was the instruction to be  covered through the census. The map of each village (6 lakh in number) was given to the enumerators to avoid duplication and omission. There were satellite based digital maps of 33 Capital Cities upto street and building level. manuals and census schedules that were printed. All of them had bar codes and partly pre-printed location particulars. The enumerators who conduct the census need a great motivation and proper training to go for the herculean task. This year around 2.7 million enumerators and supervisors were trained and ICT was used in this part of the process as well. e-Learning modules were used for training. Internet, training CDs, community radio and SMS/email – all modern means were used to train the enumerators.

Mainly schoolteachers were appointed as enumerators and there was a strong advertisement campaign supporting Census 2011. From radio to the Internet, all types of media were extensively used for spreading the message. Social media and ICT played a major role here  also. The Facebook page of Census had thousands of likes and we had personalities like Prime  Minister Dr Manmohan SIngh and Sam Pitroda posting on the Facebook page. We also revamped our website to encourage participation through it.

A dedicated call centre was established for redressal of grievances received from public about  non-enumeration. The call centre had facilities for redressal of grievances in 12 languages.  The Census Commissioner also reviewed progress using the video-conferencing facility and  was in regular contact with all the 640 District Census Officers in the country. Interaction  with officers in the field in remote and difficult districts was made possible by use of appropriate technology.

The next step of Census after enumeration is data processing. We have undertaken a thorough revamp of our data processing capabilities and all machines have been upgraded. We also  employed Intelligent Character Recognition (ICR) technology for faster processing of the  Census schedules. Due to extensive use of technology, it was possible to come out with Census  reports in a record time. Early availability of Census data can be a big help in planning activities for socio-economic development and also for a variety of governance and business related needs.

We must realise the role that technology is playing in various activities that make life easier     for authorities as well as the beneficiaries that is the citizens. Through ICT this year’s Census was a comparatively simpler task and we look forward to the next Census.