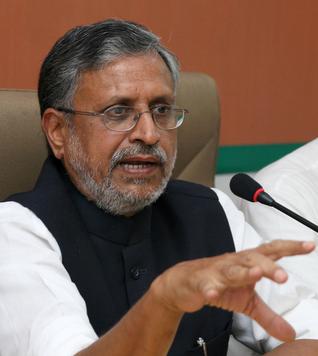 With the aim of making the state’s budget making exercise people-oriented, the deputy CM and finance minister Sushil Kumar Modi has decided to invite budgetary suggestions online or through letters. The website and the address where suggestions can be posted will soon be publicised.

In the first week of February, the Bihar Chief Minister, Nitish Kumar, is slated to hold a meeting of around 2,000 farmers to discuss the state’s agriculture road map with them. Modi has also decided to seek budgetary suggestions from the farmers for possible incorporation in the state’s 2012-13 budget. “The exact date of the farmers’ meeting would be decided in due course,” Modi said.

In the second meeting held in the middle of the week, Modi had interacted mainly with industry circles for inputs on the industry sector. He is also planning to hold meetings with businessmen associated with transport sector and excise-related activities, and with doctors, professors, medicine dealers and women on three different dates.

Modi said, “Budget making is not just table work. Our aim is to make the exercise transparent.” He also said that trade and industry circles of the state were responding to e-governance introduced by the commercial taxes department with regard to e-payment, e-registration and filing of e-returns. As many as 10,451 traders had filed e-returns, besides 4,000 other traders for whom it was not mandatory. By next month a more powerful server will replace the existing one at the department.