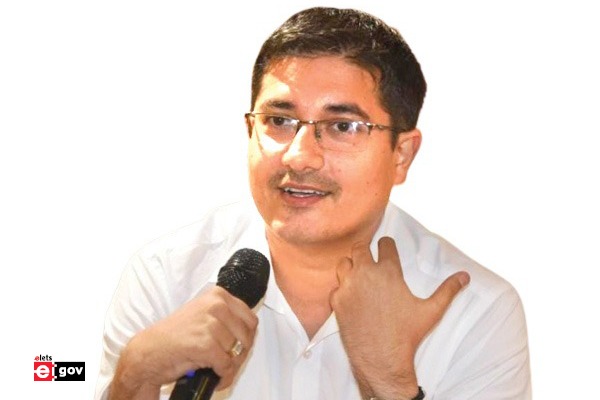 The Madhya Pradesh Government has transferred IAS Rishav Gupta and given him the charge of Collector, Dewas. Prior to this, he was discharging his duty as Chief Executive Officer, Indore Smart City.

An officer of 2014 batch, Rishav Gupta is known for his dynamism and transformational change he has brought in Indore Smart City.

During his tenure as CEO, Indore Smart City emerged as an urban ecosystem tha integrated digital technology, knowledge and assets, to become more responsive to citizens, improve city services, and make the city more loveable than it already was. Indore has constantly been awarded as the best smart city in India. This year also, it bagged the coveted award. Recently, it clinched the Innovative Idea Award in the carbon credit financing mechanism.

“Ever since the Smart Cities mission has been launched, Indore, with its global standard initiatives and projects, has been constantly getting featured in the country’s top position under the mission. From solid waste management to meticulous traffic handling, efficient urban mobility to result-oriented citizen engagement, Indore has set a standard that other states are contemplating following suit.” Rishav Gupta told Nisha Samant of Elets News Network in an exclusive interview.