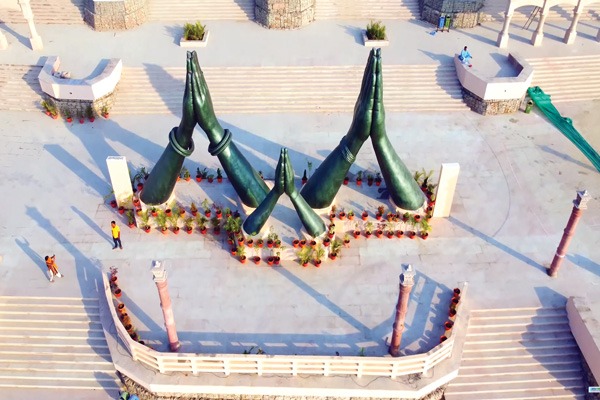 The Holy City of Varanasi is all set to have one of the best ghats in India. Under the Smart City project, the Varanasi Smart City Limited has renovated one of the lesser known ghats of the city, making it one of the finest ghats being developed across India. This article by Tarannum Manjul from Elets News Network is an attempt to explore the development of Khidkiya ghat, now popular as Namo Ghat, in Varanasi.

The ancient city of Varanasi, situated in Uttar Pradesh, is often called the city of ghats. The parliamentary constituency of Prime Minister Narendra Modi is also the land of river Ganga and has 84 active ghats on the banks of the river. These include the famous Dashashwamedh Ghat, Manikarnika Ghat, Assi ghat, and a host of privately owned ghats as well. The Varanasi district administration and state tourism department have always been working towards improving these ghats as they are a major tourist attraction and also an employment centre for the local population.

When Varanasi was announced as a smart city, the state government took this as an opportunity to develop the ghats to make them more lucrative for tourists. The development of ghats also opens a source of employment for locals. Of the 84 active ghats in the city, the Varanasi Smart City Limited (VSCL) decided to renovate six of the ghats. Of these, the Khidkiya Ghat, which is now known as the Namo Ghat, has been given a complete makeover. The ghat is now home to state-of-the-art facilities. The renovation of Khidkiya ghat is also considered as a dream project of PM Modi. As the name suggests, the Khidkiya ghat opens a window onto the river Ganga. With the new developments, the ghat surely becomes one of the most modern ghats in the country and also a major tourist attraction. 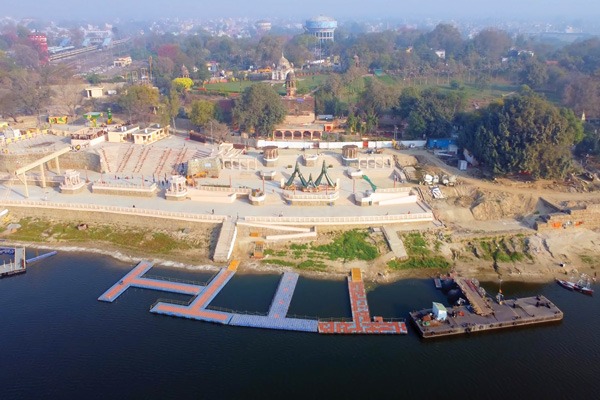 The renovated ‘Khidkiya ghat’, is now popularly known as ‘Namo ghat’. The name takes its reference from three large sculptures at the ghat in the form of hands folded in a ‘namaste’. While the three massive sculptures, measuring 15 feet x 25 feet, have been installed in Phase 1, there is a proposal to install a sculpture of 75 feet in the second phase. The ghat is being developed in an area of about 21,000 square metres.

The ghat will also have a multipurpose platform that doubles up as a helipad to offer a helicopter ride to tourists visiting the Kashi Vishwanath temple. This is the only ghat on the banks of Ganga with such a facility. Meanwhile, the renovation work has been done with a focus to make the ghat accessible to all. For this, ramps have been developed to facilitate specially-abled people to experience the serenity of the ghat and do Ganga darshan as well.

The ghat also has space for the famous Ganga Aarti and a specially marked area for walking and yoga. Moreover, the ghat will also offer an open theatre, library, food court serving Banarasi cuisine, and a multipurpose platform to organise various events.

The biggest attraction of the Namo Ghat is the floating CNG station. Since the VSCL has plans to turn all motorised boats into CNG boats for better fuel management and making the service environment friendly, there was a need for a CNG filling station accessible to boats as well. A floating CNG station for CNG boats is also being built at the ghat to make Ganga pollution-free. There will also be a facility to visit other nearby cities through a cruise that would be operational from this ghat and would promote waterways.

So far, the VSCL has developed five more ghats apart from the Namo ghat. These include Ahilyabai Ghat, Sheetla Ghat, Dashashwamedh Ghat, Rajendra Prasad Ghat, and Darbhanga ghat. Talking about these initiatives, the Chief Executive Officer of Varanasi Smart City, Pranay Singh said, “Namo Ghat is emerging as a new tourist center in Varanasi. Along with the local residents, tourists and visitors from India and abroad are also visiting Namo Ghat. This landmark is definitely proving to be a milestone in Kashi.