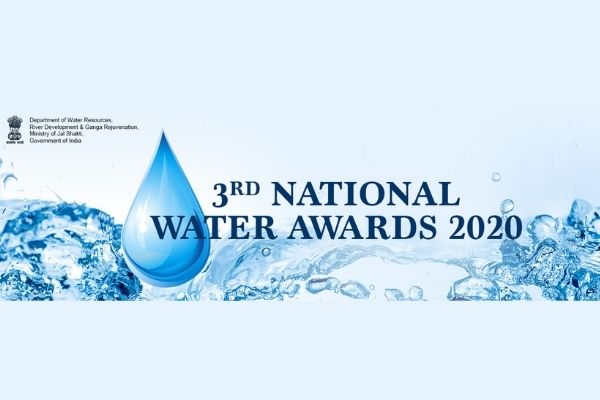 Uttar Pradesh added another feather to its cap on Friday, winning the first position in the Union Jal Shakti Ministry’s National Water Awards 2020 in the ‘best state category’. This is the third edition of the award given for adopting a holistic approach towards water resources management in India.

Rajasthan and Tamil Nadu bagged second and third prizes respectively in the best state (normal) category. The 57 awards were announced in 11 categories including best states, districts, panchayat and best industries.

The award in the north zone district category this year goes to Muzaffarnagar of UP. Balua of Varanasi district won the award for the “BestVillagePanchayat”–north zone. Accomplishing the objective of effective abatement of pollution, conservation, and rejuvenation of the river, water quality in major rivers including Ganga has improved significantly in the state. The Uttar Pradesh government has set up 104 sewage treatment plants (STP) of 3298.84 MLD (million litres daily) in the state.

With this initiative, the streams of the rivers have become uninterrupted and pure. The drains falling into the rivers have been tapped. Under Namani Gange, not only Ganga but the condition of all major rivers including Gomti, Saryu, Yamuna, Rapti has improved due to the intensive cleanliness campaigns.