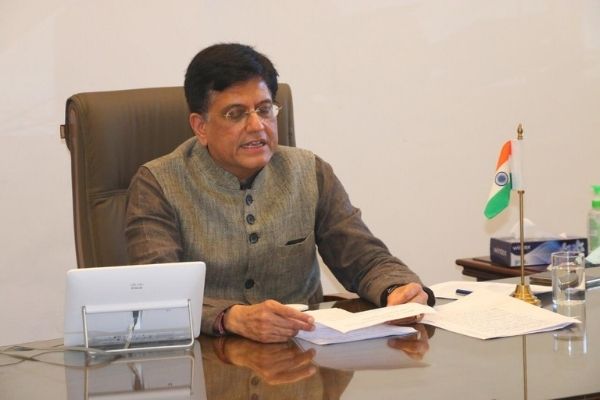 Piyush Goyal, Minister for Commerce & Industry, Textiles, Consumer Affairs and Food & Public Distribution reviewed the functioning of the Ministry of Textiles, its autonomous bodies and PSU under its administrative control. Speaking on the occasion, the Minister said that there was an urgent need to link weavers and artisans through e-commerce platforms. He said that no stone is to be left unturned for the growth of livelihoods in the handlooms and handicrafts sector. Darshana Jardosh, Minister of State, Railway & Textiles, senior officials of the Ministry of Textiles were also present during the meeting.

There was a special focus on the livelihood sector of handlooms and handicrafts. Implementation of schemes in these sectors was discussed in detail. Goyal directed for simplification of process and for an effective online dashboard-based monitoring system for transparency. He also advised all officials to maintain good communication with state government functionaries to improve the outcome and impact of the Centre’s schemes. In this regard, he asked the officers to organise a virtual conference with the State Government Secretaries responsible for this sector. The progress of Craft Villages was reviewed and the Minister directed for the completion of all these projects in the next 6 months.

The Minister also asked the officers to work with a motto to increase the share of weavers/artisans in the consumer spending as done by dairy cooperative Amul for milk producers. The Minister advised the officials to properly implement SAMARTH the skill development initiatives of the Ministry. He emphasized the use of technology for effective monitoring for a better outcome. He also reviewed the work of the Production Linked Incentive Scheme for Textiles. He directed for finalization of scheme guidelines for the PM MITRA scheme quickly so that proposals can be invited from state governments.

Goyal advised the officials to focus on sustainability in the textiles sector. He said that there is a need for improvement in Effluent Treatment Infrastructure for the processing segment and at the same time there is a need for promoting less water and waterless printing technology.

Ms Darshana Jardosh MoS Textiles also guided the officers to work in the field along with state government officials for a better outcome. Goyal asked the officials to quickly seize the opportunity to increase the textiles exports which will not only bring foreign exchange but will also create huge employment opportunities for millions.