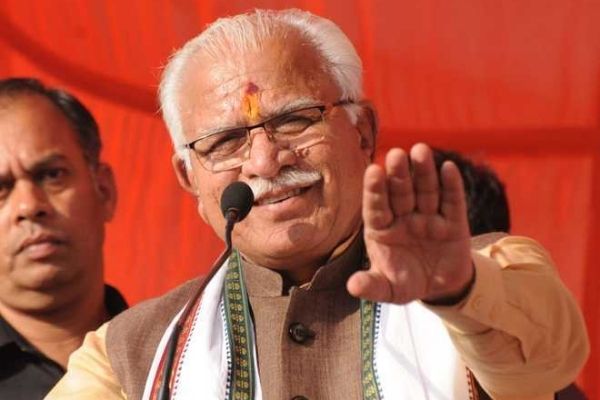 Haryana Chief Minister, Manohar Lal Khattar said that the Haryana Government has managed its finances well in spite of Corona. The state government developed a separate strategy to enhance the economic situation from the point of view of economic management. The Chief Minister was interacting with the media persons after the pre-budget meeting with Union Finance Minister, Nirmala Sitharaman, in Delhi, on Thursday.

The CM said that the Union Finance Minister had called the Finance Ministers of all the states for their suggestions in the pre-budget meeting. The Haryana Government has demanded that as NABARD gives loans for rural infrastructure at 2.75 per cent interest rate, similarly loans should be given under NCR Planning Board at 2.75 per cent interest rate. This is to ensure rapid development in the NCR region. Along with this, the Haryana Government has demanded a hybrid model for GST, in which the production share should be included along with the consumption. This will boost employment opportunities in high producing states.

The CM also demanded a separate budget provision for Rakhigarhi located in Hisar. He said that a large number of people are getting loans through Mudra scheme under the Mukhyamantri Antyodaya Parivar Utthan Yojana. In this, a scheme for interest waiver should be made. The loan limit for FPOs is currently Rs 2 crore, it should be increased so that big food processing projects can be set up in the state.

The CM said that MSMEs are expanding. It has been demanded from the Union Finance Minister that subsidy should be fixed for export to ensure MSMEs to export. Along with this, containers should also be made available, so that goods can be sent easily to the ports. There has also been a demand to increase the amount of capital expenditure to the states without interest for 50 years. The Haryana government has made a demand for Rs 5000 crore.