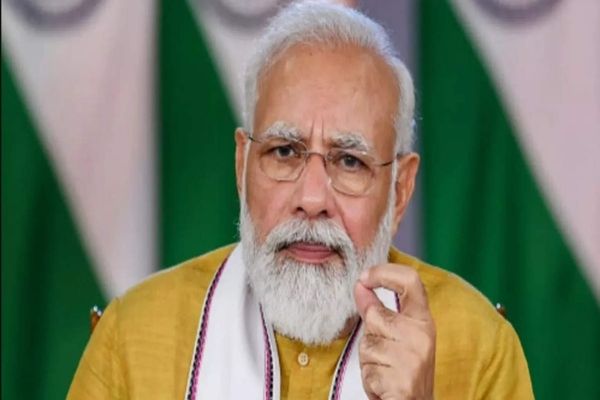 Prime Minister Narendra Modi will visit Uttar Pradesh on Tuesday and inaugurate Purvanchal Expressway at Karwal Kheri in Sultanpur district. After the inauguration, PM will also witness an Airshow by the Indian Air Force on the 3.2 km long airstrip constructed on the Expressway in Sultanpur district to enable emergency landing/take-off of Indian Air Force fighter planes.

The Purvanchal Expressway is 341 Km long. It starts from village Chaudsarai, district Lucknow located on Lucknow-Sultanpur highway (NH-731) and ends at village Hydaria located on National Highway No. 31, 18 km east of UP-Bihar border. The expressway is 6-lane wide which can be expanded to 8-lane in future.

Constructed at an estimated cost of about Rs 22,500 crore, the Purvanchal Expressway is going to give a boost to the economic development of the eastern part of Uttar Pradesh especially Lucknow, Barabanki, Amethi, Ayodhya, Sultanpur, Ambedkar Nagar, Azamgarh, Mau and Ghazipur.

Purvanchal Expressway project is being developed on an EPC (engineering, procurement, and construction) basis. The Expressway is being touted to attract investment in sectors like tourism, food processing, warehousing, handloom, dairy, etc.

The expressway also has eight fuel stations while four CNG stations are also being set up for convenience of commuters.

The Uttar Pradesh government expects approximately 15,000-20,000 vehicles to use the expressway every day in the initial days after its opening, with the numbers increasing in coming days. The Uttar Pradesh Expressways Industrial Development Authority (UPEIDA) has made elaborate security arrangements on the expressway to ensure the safety of passengers.

The expressway is said to have an advanced traffic management system and fencing to stop stray animals. According to reports, ambulances with life support systems will be kept ready to handle accidents and emergencies. Being an Access Controlled Expressway, it is expected to save time, control pollution, save fuel and reduce the number of accidents.