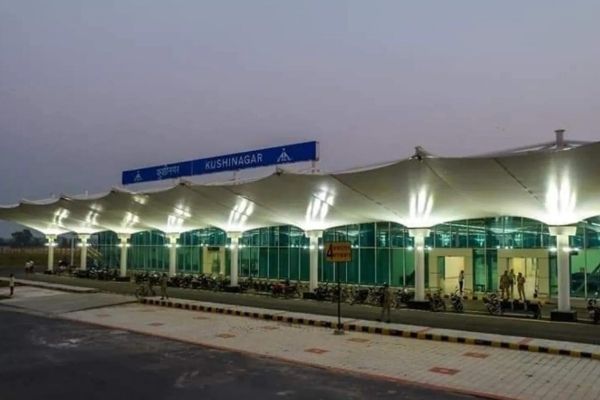 Kushinagar International airport is all set for the first flight to take off on November 26. The airport was recently inaugurated by Prime Minister Narendra Modi on October 20 and is said to give a big boost to Buddhist tourism in the state.

Kushinagar is an important place for Buddhist pilgrims from all over the world as it is believed that Gautam Buddha had attained Nirvana here more than 2,500 years ago. It provides connectivity to many places of Buddhist pilgrimage such as Lumbini in Rupandehi District of Nepal; Sarnath in Varanasi, Shravasti near Bahraich and Bodhgaya, Rajgir, and Vaishali in Bihar.

The first passenger flight from the Kushinagar International Airport will take off for New Delhi at 12.00 pm on Friday, reducing the 14 hours journey to less than two hours. According to the state government officials, the fare of the Delhi flight which will be four days a week – Monday, Wednesday, Friday, and Sunday – would range between Rs 3500 to Rs 4000. Also, the authorities are gearing up to commence flight operations to Kolkata and Mumbai from December 17 and 18 respectively, added the officials.

Also Read: Clean UP: 18 UP cities awarded in Swachh Survekshan