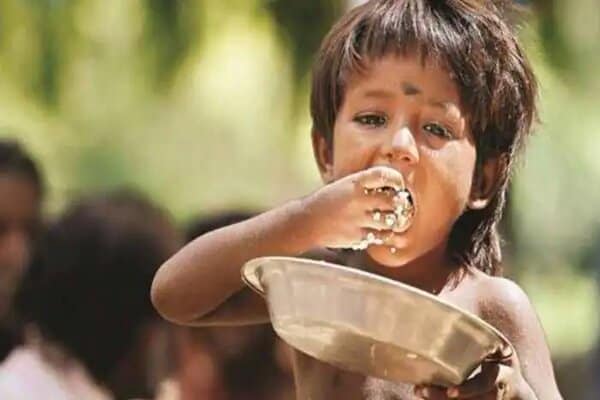 The Global Hunger Index (GHI) 2021 rated India at 101st rank which is a slump of seven positions from the previous year’s rankings where the county was ranked 94th. The Ministry of Women and Child Development, on October 15, criticised the Index calling it “devoid of ground reality”.

The GHI marked India behind neighbouring countries Pakistan, Bangladesh and Nepal. However, China, Brazil and Kuwait and 15 more countries shared the top rank with a gross GHI score of less than five of all the 116 countries ranked this year. The Index jointly prepared by Irish aid agency Concern Worldwide and German organisation Welt Hunger Hilfe called the level of hunger in India “alarming”.

Reacting to the Index, the WCD Ministry said, “It is shocking to find that the Global Hunger Report 2021 has lowered the rank of India on the basis of FAO estimate on the proportion of undernourished population, which is found to be devoid of ground reality and facts and suffers from serious methodological issues. The publishing agencies…have not done their due diligence before releasing the report.” Criticising the report outcomes, the Ministry called the methodology used by the agencies “unscientific”.

Further, the Ministry said that the Index was prepared on the basis of a four-question poll which was conducted telephonically by Gallup. It called it unscientific citing that the proper and scientific method of measuring undernourishment would require the measurement of weight and height. The Index has completely sidelined the Government’s recurring efforts to ensure food security for the world’s second-largest population during the COVID period. The Ministry also raised questions on the poll conducted. It said that there was no question on whether the respondent received any food support from the Government or other sources,” it said.

Also, the Ministry expressed its concern on the rankings of Afghanistan, Bangladesh, Nepal and Sri Lanka, which seem to be unaffected by the Covid-19 pandemic over the past two years.