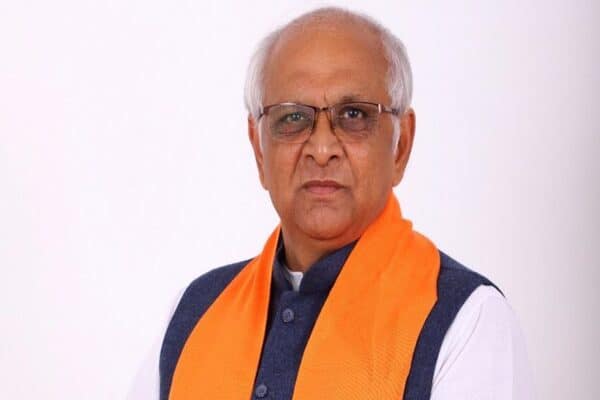 After the incumbent Chief Minister of Gujarat Vijay Rupani resigned from the position, the ruling Bhartiya Janata Party (BJP) named Bhupendra Patel as the new CM of Gujarat at a legislature meeting on September 12. Union Minister Narendra Singh Tomar was sent to Gujarat as the party’s central observer to the meeting.

Bhupendra Patel is a Member of the Legislative Assembly (MLA) from Ghatlodiya and has been the chairperson of the standing committee of Ahmedabad Municipal Corporation (AMC). Also, Patel has served as the chairman, Ahmedabad Urban Development Authority (AUDA).

On September 13, Vijay Rupani abruptly ended his term as the CM and resigned from the post without stating any reasons. In addition to the incumbent CM Rupani, his cabinet colleagues Nitin Patel, Bhupndrasinh Chudasama and Pradeepsinh Jadeja also met the Governor and submitted their resignations.

Dodging questions from media persons on his abrupt resignation, Vijay Rupani said, “In the party, there has been a tradition that responsibilities of party workers change from time to time.” He expressed his gratitude to Prime Minister Narendra Modi for the opportunity to lead the state of Gujarat and said that he was ready to take up any further responsibility from the PM.