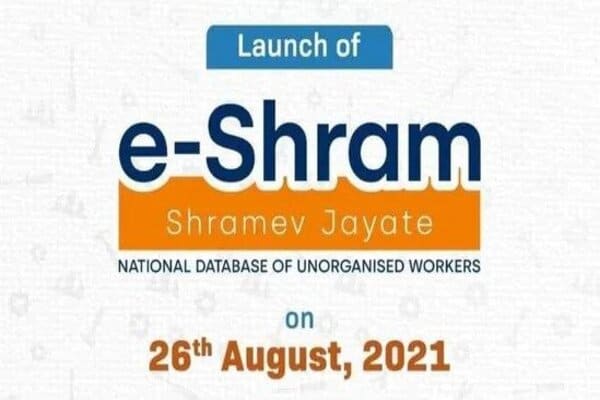 Naming the e-Shram portal a step towards achieving the vision of Prime Minister Narendra Modi, Yadav said, “For the first time in the History of India, a system is being made to register 38 crore unorganised workers. The portal will not only register them but would also be helpful in delivering of various social security schemes being implemented by the Central and State Governments.” The Minister also extended his gratitude to PM Modi for sanctioning Rs 2 lakh Accidental Insurance cover to each unorganised worker registered on the e-Shram portal.

The e-Shram portal will cover all unorganised workers of the nation and help link them to social security schemes of the Government of India. The portal will prove to be a huge boost for the last-mile delivery of services. #ShramevJayate pic.twitter.com/wnEb0U85Uo

As per the accident insurance cover, if a worker registered on the e-Shram portal meets with an accident, he will be eligible for Rs 2 lakh on death or permanent disability and Rs 1 lakh on partial disability.

While elaborating on the e-Shram portal that also pose as a National Database of all unorganised workers, Rameswar Teli called out to the people of the country to join hands in making this campaign a success and get all unorganised workers registered on the e-Shram portal. Be a partner in fulfilling the much-needed goal of the Government of India: “Chutega nahi koi bhi kamgaar, yojanayein pahunchengi sabke dwaar” that in English is “None of the workers will be left behind, all the government schemes will be made to reach their doorsteps.”

On this occasion, both Ministers also interacted with the workers from Ajmer, Dibrugarh, Chennai and Varanasi who virtually connected from the Common Service Centreswho shared their experiences and expectations. Shri Yadav and Shri Teli also briefed them about accidental Insurance Schemes and explained benefits for registering on the portal.

After registering on the e-SHRAM portal, unorganized workers will need not to register separately for Govt’s Social Security Schemes. e-SHRAM card containing a 12-digit UAN will be valid throughout the country: MoS @LabourMinistry @Rameswar_Teli #ShramevJayate pic.twitter.com/1Z3LF9c87M

Secretary to the Labour Ministry Apurva Chandra called e-Shram portal a major turning point and game changer in the history of the country. He said, over 38 crore unorganised workers in India will be registered on the e-SHRAM portal which is totally free of cost. Workers can get themselves registered at their nearest Common Service Centre (CSC) or by themselves through a smartphone.

The Secretary further said that after a worker has registered he/she is issued an e-Shram card with unique Universal Account Number (UAN). Through this UAN, the worker will be able to access the benefits of the various social security schemes anywhere anytime.

e-Shram Portal: Government of India launches National Database for Unorganised Workers for the overall welfare of crores of unorganized workers of the country#ShramevJayate pic.twitter.com/cwt1x7epqf

The Ministry has already provided the demonsgtartion of the portal during its first and second pre-launch. Moreover, guidelines for operationalisation of portal and mobilisation of workers have been issued as well.