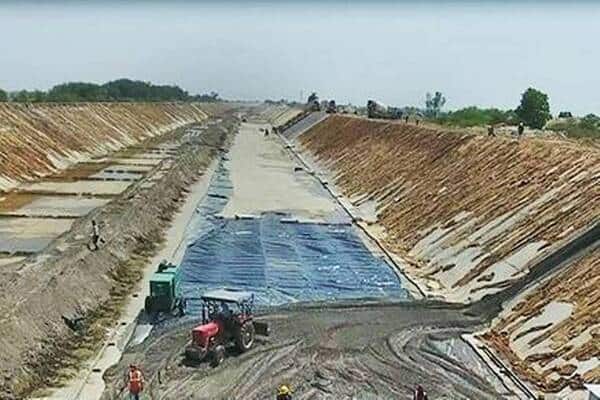 The repair and relining work of the Indira Gandhi Canal was completed in a record time of 60 days amid the COVID-19 pandemic’s second wave. The developmental work that was mainly done in the state of Rajasthan and partly in Punjab saw the restoration of 70 km of both the main canal and the feeder distributaries. The Indira Gandhi Canal is the country’s longest canal. It terminates in irrigation facilities in the Thar desert.

The adherence to the timeline was critical in this project as it required the closure of the canal that directly impacted the drinking and irrigation needs of 1.75 crore people. Apart from this, the project also impacted the needs of the Army cantonment area along with the International Border and industrial usage in the border districts as well as numerous cattle. To hit the completion mark within the deadline, thousands of workers and officials worked round the clock complying with strict COVID protocols.

The relining of the first 23 km stretch was taken up in Punjab and began on March 30 in 2021. Following this, the Rajasthan authorities have to repair a stretch of 47 km in the next 30 days which was a humongous task. To undertake the project work and ensure that people’s needs are fulfilled, the Government of Rajasthan devised a water contingency plan for two months to aid the affected areas. Hence, a strict deadline was defined for the feeder and main canal work.

The damages in the canal had dropped its safe carrying capacity from 18,500 cusecs to about 12,000 cusecs over the years. Wherein, over 1,000 cusecs of this loss were due to seepage only. Chief Minister Ashok Gehlot’s initiative was welcomed by his counterpart in Punjab as the lining of the canals had been severely damaged because of the continuous flow of water.

The maintenance work of the canal was taken up at a time when farmers’ dependence on the canal is at the minimum during the post-rabi crop season and the work had to be completed before the onset of the kharif season. In an interaction with The Hindu, Principal Secretary, Water Resources, Government of Rajasthan, Naveen Mahajan, said, “However, never before were the works conducted on this massive scale or for such a long duration in the canal.”

For the maintenance of the canal, a tripartite agreement was inked among the Union Ministry of Water Resources and the Rajasthan and Punjab governments on January 23, 2019.

Earlier the work was halted due to the COVID induced lockdowns in 2020, however, when the work finally began in 2021, the officials were better prepared for the situation. As per Mahajan, the relining of the 47 km stretch in Rajasthan was successfully executed at a cost of Rs 238 crore within 30 days between April 29 and May 28.

“After accounting de-watering and desilting, only 22 to 25 days were actually available for the work,” Mahajan added. Around 13,650 cubic meters of concrete was laid on each day. The feeder canal has a bed width of 40 meters with a side sloping height of 11.5 meters. A three-shift and round-the-clock work plan were executed for the first time in the canal.

Effective management and adherence to the COVID protocols helped the project to keep the virus infection at bay and led to the achievement of the target within the deadline. After the maintenance work, people will now get an additional water supply and the considerable seepage losses have also been saved.

(With inputs from The Hindu)