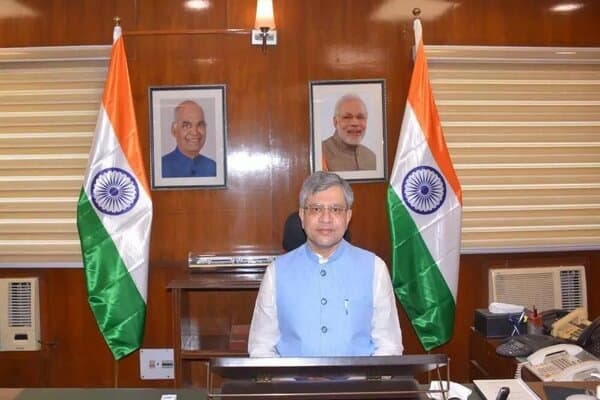 As a major cabinet reform done by the Prime Minister Narendra Modi-led Government of India, Ashwini Vaishnaw has been alocated the responsibility of the Ministry of Electronics and Information Technology (MeitY). The bureaucrat-turned-politician, Vaishnaw, succeeds Ravi Shankar Prasad who earlier held the post.

With this, Ashwinin Vaishnaw has made it to the PM Modi’s Union Cabinet. Rajeev Chandrasekhar has been made the Minister of State for the Ministry of Electronics and Information Technology.

Also Read: Union Cabinet expansion: Here’s a list of all the ministers