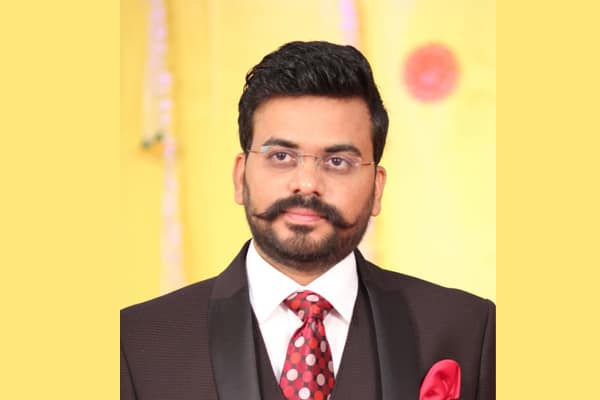 The COVID pandemic shook the entire country including the government, private firms and the lives of citizens. However, to ensure continuity going digital was the only way. With the digital transformation reshaping a new normal, the government departments also took the digital route to optimise their revenue generation and management. Explaining the scenario of Chhattisgarh, Shailabh Sahu, Additional Commissioner, Department of Transport, Chhattisgarh, addressed the Revenue Management & Intelligence Summit 2021.

Shailabh Sahu commenced sharing consensus with Rajan Satardekar, Director, Transport Department of Goa said, “I agree that the Transport department is in the concurrent list in the Constitution and both the Centre and the States can formulate rules to manage the department.” Considering taxation, primarily there are three taxes – first, there is a lifetime tax levied on a passenger vehicle at the time of purchase; secondly, there is a quarterly tax for goods trucks; and thirdly, a monthly tax for buses, he added.

He said, “If we look at all the taxation individually, there are several challenges that we face. For Lifetime tax, the taxation is on the selling invoice which is paid annually. We’re focussing on two things that we need to plug the leakages and explore more ways to earn revenue.” The lifetime tax is charged on the basis of the selling invoice of a vehicle. Here dealers are making different invoices due to which the tax amount varies as it is a percentage of the price. So, the department is trying to lock the price of a vehicle from the manufacturer to plug these leakages.

Further, he detailed quarterly tax. He said, “Most of the times the transporters fail to pay the taxes. At present, we have Rs 200 crore tax pending from the transporters.” The biggest challenge is to identify the defaulters’ addresses as many times the addresses are fake or incorrect or the person moves from one address to another. Hence, the department plans to use third party agencies like India Post to register certificates to cross verify the addresses, he added. 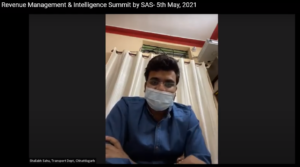 Speaking on monthly taxes paid by passenger vehicles he said, “For monthly taxes that passenger vehicles like buses pay is based on the number of kilometres they travel. Therefore, they need to apply for permits mentioning the kilometres it would travel. However, not the buses would apply for a permit for 100 km and the runs the bus for 300 km. This is because the department was facing challenges in tracking and monitoring bus routers. Hence, we have planned to install GPS to bridge the gap.”

He mentioned that as the department was working on plugging the leakages, the department has strengthened its enforcement department. “We are using handheld devices to issue e-challans to have more transparency in the system.” Besides, the department is keeping a check on vehicles with overloaded goods. Also, since the Motor Vehicles Act 2019 came into effect, there are heavy fines that can be levied on such vehicles. To prevent overloading and to catch the offenders, the department has installed Automatic Number Plate Recognition System (ANPR) cameras. These cameras are being installed on sub-routes, the ones which are not commonly used so that the manpower can be deployed on major routes.

Further, as a one of a kind solution to the issue of overloaded vehicles, the department is investing in a weighbridge along with ANPR attached with an auto challan facility. This is integrated with the database that is the VAHAN. Therefore, if an overloaded vehicle crosses the weighbridge, it will detect and the algorithm will generate data by capturing its number plate and then a challan will be generated against the vehicle. This challan is not only sent to the transporter electronically but through the post as well.

He mentioned that in the Raipur Smart city, Integrated Traffic Management System has been installed and an auto challan facility is also in place to fine the defaulters. During the lockdowns due to the COVID-19 pandemic, the revenue has seen a significant dip. This is because the automobile dealers have their showrooms shut and when people are not buying vehicles that impact the state’s revenue from lifetime tax on personal vehicles that is worth 50 per cent of the transport revenue. “In a normal scenario, we were generating nearly Rs 500 crore from the lifetime tax on personal vehicles. But if we look at tax collection in the month of April this year it’s 60 per cent less than the usual and in the months April and May in 2020, the tax collection was zero.

The authorities are trying to come up with a mechanism to bridge the revenue gap due to the lockdowns. “Recently, the Centre has rolled out a policy for the scrapping of the old vehicles. This is because the old vehicles pollute more and require high maintenance. If old vehicles will be scrapped there will be a boost in the purchase of the new vehicles. On similar lines, we’re planning to come up with a green tax for vehicles that are older than 15 years as the lifetime tax is only imposed for a period of 15 years and after that, a nominal fee is charged once for the renewal.” This can contribute as additional revenue to us, Sahu added.

“Currently, we’re looking forward to implementing data analytics. However, for that, we require digitised data. So, we’re planning to digitise our existing manual data and once we have all the data in digitised forms then we would probably be implementing AI to identify gaps and loopholes,” said Shailabh Sahu.