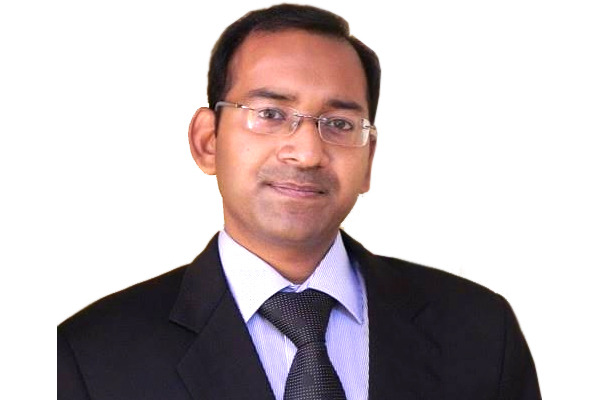 The UPSDM is mandated to affect synthesis of all Skill Development Programmes. Its objective is to synergize those appropriate structures which focus on generating and augmenting employment opportunities for the youth of the State through skill training facilitation in employable vocational trades in consonance and alignment with the requirements of industry, says Kunal Silku, Director (Training & Employment), Government of Uttar Pradesh & Mission Director, Uttar Pradesh Skill Development Mission, in an interview with Arpit Gupta of Elets News Network (ENN).

Give us an overview of UPSDM, its objective and vision to make a tangible difference?

The UP Skill Development Mission (UPSDM) has introduced a number of innovative practices. It endorses the famous Burmese proverb that one who walks in another’s track leaves no footprints. The UPSDM with its initiatives viz arranging training of youth abroad, financial plugging of resources, fostering partnership with leading industrial houses, has set blueprint for skilling. It has conceived a Hub and Spoke Model where the skill training centres and ITIs would be the Hubs while the Secondary and Higher Secondary Schools within a defined periphery would be the spokes to provide skill enriched holistic education, right from Secondary level. The mandate of the UPSDM is to affect agglomeration of skill development programmes and synergise other appropriate structures that are aimed at enhancing employment opportunities for new entrants to the labour force within the target age-group of 14-35 years by arranging employable training courses for them.

The gamut of activities, of the UPSDM apart from implementing and monitoring the Government of India or State sponsored Skill Development programmes, also centres around the following:

The UPSDM was ranked FIRST in the country in

(i) Notifying Skill Development Policy as early in the year 2013

(v) Restructuring all skill development programmes, on common norms with a deep penetration through its over 3000 centres and 900 odd training partners, it has registered over 50 lakh youth for training.

What kind of challenges are being faced while deployment/ implementation?

It is an appreciated and well admitted preposition that skill and knowledge are the key propellers of financial resilience and economic robustness of any country and India is no exception. India has moved towards becoming a leading contributor to the global economy. However, the country is challenged by severe shortage of skilled workforce as compared to other countries, and the accelerated economic growth has further augmented the demand for skilled workforce. The challenge is further accentuated by the fact that skill ecosystem across multiple sectors and regions and the involvement of various stakeholders.

In the context of Uttar Pradesh the challenges were more compounded due to regional and economic differentials, caste and class stereotypes, uneven spread of industries and meagre employment prospects in private sectors. History and traditions often bind a society to unity but sometimes it bind us in chains also. Cultural stigmas hardly allow the people to welcome any change in their occupations or lifestyles. Skill training being a new leaf distinct from formal stream of education met with its destined resistance in the initial phases and its diffusion was another area which the UPSDM was to encounter before conceiving a strategic intervention in the arena of skilling initiatives.

Tell us about the processes being followed for deployment/ implementation

The State of Uttar Pradesh notified its Skill Development Policy as early as in July, 2013.

Backed with approving policy orientation, it charted its own trajectory and strove hard to realize its objective. It worked on a philosophy that the youth are indeed the variables that should be utilized for exploring new horizons based on the skills of contemporary relevance. The Government reposes its trust on the youth of the State and considers them as active agents of social and economic transformation.

This Public-Private Partnership mode is operating for the last 4 years with many credits. This bond of togetherness has come under cloudy speculations sometimes, but nevertheless, it has worked and is still preferred.

The UPSDM has recently kicked off another strategic module by associating the Sector Skill Councils more intimately and extensively by stressing on customized training in the job roles which the concerned sector skill councils suggest and recommend in view of existing employment options or those likely to be generated in future.

The latest policy dispensations have removed the regulatory cholesterol of procedural rigmaroles, by single window clearances which are avidly vindicated by the overwhelming response of investors and industrialists in the recent Investors’ Summit organised by the State.

In order to countermand problem of unemployment, we have to bank upon our human potential, who could be turned into a productive resource, globally marketable and employable on premium by virtue of its distinctive skills. The task is mammoth but equally strong is our determination. Entitlement through empowerment is what the Mission strives for.

Describe some of the innovative aspects of the project/ activity.

UPSDM took a measure of the problem and focussed its modus operandi on essential 3S – speed, standard and sustainability to dissolve the plateau in the trends of unemployment and overcome the fatigue in the industrial setup with respect to creating jobs.

The above realization pushed the UPSDM to rope in corporate houses and industrial establishments with flexible MoUs, customized to the requirement of development and sociable obligations.

Another key innovation was to associate dedicated placement agencies and job portals with the Mission. The recent catastrophe cost by spread of COVID-19 pandemic exposed the world to myriad challenges. Apart from impacting upon creation of new jobs, the pandemic aggravated the situation further by layoffs and lay downs that brought many casual workers and daily wage earners on streets. The State of Uttar Pradesh was amongst the worst sufferers as the State received around 28 lakh migrant workers within a period of one month who lost their jobs at their work places and were grappling with the problem of sustenance and earning livelihood to feed their families.

ABHA Mobile Application was launched by the Hon’ble Chief Minister of UP in July 2020 and is accessible to everyone on any Smart Mobile Phone. It is hosted on Google Play Store also.

Digital improvisations especially in the domain of implementation and monitoring of various public welfare schemes are largely inspired by the necessity of having quick access to information at no loss of time. It implies real time capturing of as and when status of activities critical to service delivery without moving to places and in way avoiding consumption of resources and escaping corporal barricades on one hand, and applying remedial recourses and contemplating strategic correctives to nip the aberrations in the bud on the other.

UPSDM therefore developed an end to end comprehensive portal as digital solution which is active from the stage of enrolment of trainees to completion of their training extending to their tracking after placement. The end objective is to ensure optimal transparency, minimum human interference and checking any vacillations and hum and haw in entire process chain of skill training component. This new portal contains many solitary features viz: auto alerts, digital signatures for genuine authentication of approvals, auto invoice processing etc.

Brief us about the five stars of growth which are determined by 5 Es of education, employment, employability, economy and environment. The strategies of the UPSDM for the next years are being worked out after considering all the imminent cleavages and constraints vis-a-vis the State’s initiatives, potential and leverages. A few of them are explained as below:

The UPSDM has no specific segment of stakeholders. The entire youth population of the State in 14-35 age group, wishing to acquire skills for earning livelihood comes under its umbrella. The Mission with modest beginning has scaled heights after heights and enrolled over 12 lac youth in just 7 years. Another 6.00 lakh traditional artisans are to be certified under RPL during 2020-21.The UPSDM proposes to train nearly 10 lakh youth additionally by 2022, when the country would be celebrating its Platinum Jubilee of Independence.

Give a comparative account of the predeployment with post-deployment scenario.

In parlance of economy, the term comparison stratifies the status of actual as noticed in distinct time differentials. Moving with such an exposition, it may be described as the development over the base line due to the interventions and experiments of the UPSDM during its seven years of existence. The UPSDM has been instrumental in realizing the objective of skilling the youth cohort of the State besides honing the skills of its traditional artisans and enabling them to market their produce at an appreciated price with access to larger segment of consumers. The isolated, sporadic and stray endeavours of various departments to skill the youth often resulted in either siphoning off the funds or duplication of efforts with hardly any perceptible result. When the UP Skill Development Mission was established the State had merely 2% of its youth population as skilled and employable workforce which has now raised to nearly 20% by dedicated application of efforts and incessant endeavours. With the facilitation of vertical pathway, students who wish to join skill training after their completion of vocation course has made the skill training programmes more aspirational and desirable. The barebones and blow by blow account of statistics clearly shows a striking difference in what the UPSDM was bestowed with at the time of it establishment and what it is able to provide to the youth of State.

The Mission has trained over 10 lakh youth and nearly 4 lakh of them are engaged in gainful employment. The economy of the State gained considerably and the population of the State. The digitization of skill programmes is another initiative UPSDM has vigorously pursued.

During the COVID-19 lockdown the online training programmes were initiated with great success. The Mission facilitated 50,000 youth to avail the training of International standards through US based COURSERA training platform. It was an initiative which the UPSDM and Government of UP pioneered through its own efforts.

Encapsulate the potential for replicability arising from the success of your project/activity.

The synergy which the UPSDM affected with other departments to implement the skilling programmes under common presumptions and provisions has paved the way to streamline the skilling endeavours. The decision of the State to provide intermigration opportunities to the students and youth from formal to vocational stream and vice versa is a new experimental paradigm which has found it place in the National Education Policy, 2020.

The coordination with the department of MSME for providing skill training to the entrepreneurs engaged in the activities of manufacturing traditional produces and preserving the age old skills under the One District One Product (ODOP) is another replicable model which is acclaimed across the country.

Even the online marketing portals viz Amazon has expressed its interest and signed MoU to sell the ODOP products through its portal. The UPSDM has customized its training to meet the demands of various departments including Department of Rural Development, Department of Panchayati Raj and Department of Sanitation and Water Resource etc. Therefore, the experiments of the UPSDM regarding expanding its contours to embrace the requirement of various stakeholders and turn it into a holistic receptive and responsive skill training platform has many dimensions and options for replication, adoption and maximization.