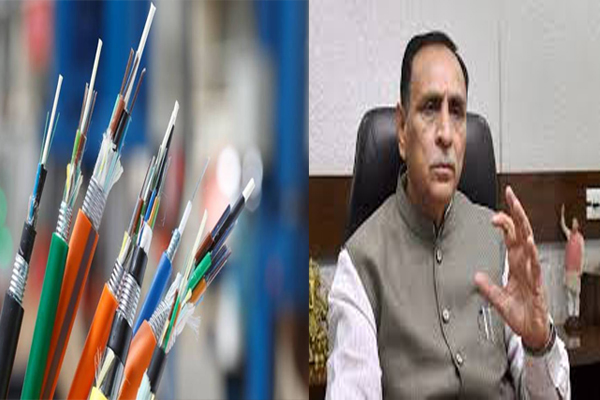 In a major move towards digitisation, the Gujarat government has connected 2700 Gram Panchayats with the optical fibre network, said Gujarat Chief Minister, Vijay Rupani on October 6. The move will aid these 2700 villages connected under the BharatNet project to get easy access to 22 different government services, as reported by The Indian Express.

As of now, 32,961 km optical fibre has been laid underground which will provide the data connection to the Gram Panchayats at a speed of 100 mbps free of cost. The optical cable network connects the Gram Panchayats with the state data centre at Gandhinagar.

As the national daily reported, the CM said, “We are ready to connect 3500 villages. However, due to the upcoming bypolls in eight seats and the moral code of conduct, we are restricting it to 2700 villages in the first phase. By December, 8000 villages will be part of this network… This is the first time in India where people in villages are connected digitally.”

The state will provide as many as 22 services online at the e-gram centres in the 2700 connected villages. The services will range from those related to ration cards, widow certificate, income certificate, language-based minority certificate to nomad-denotified caste certificate, CM Krushi Sahay and various affidavits. Earlier, these services were being provided through Seva Setu programme which was initiated by CM Rupani.