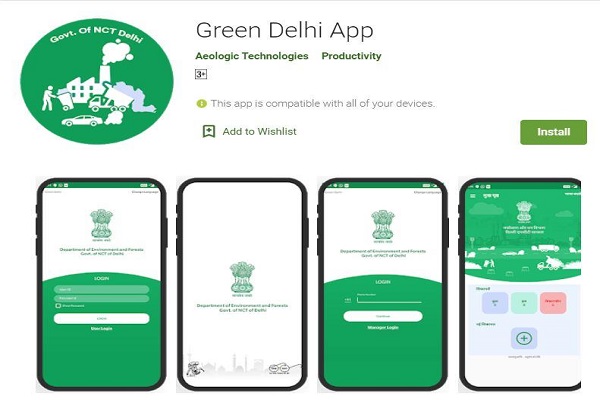 Chief Minister Arvind Kejriwal is all set to launch the Green Delhi mobile app today, as per the Delhi government officials. The app hosts features which enable the users to lodge complaints on violation of anti-pollution norms in the city.

Environment Minister of Delhi Gopal Rai held a meeting, on October 26, discussing on the grievance redressal mechanism that the app offers. The application enables the users to upload pictures and videos of violation of anti-pollution norms and share the media along with the complaint. The app then allocates a unique number to the complaint through which the status of the complaint and action taken can be tracked.

A statement from Rai’s office said that there will be a time limit set for the grievance redressal of complaints received via the Green Delhi application. All the concerned departments will be connected to the app. All the nodal officers and their subordinates will be connected with the app for prompt actions, added the statement.

The Delhi government has intensified its efforts to fight pollution in the national capital. The statement from the office of the Environment Minister highlighted, “Failure to address the issue on time will result in action against the concerned nodal officers. The nodal officers are also provided training to address issues. Through the Green Delhi application, people will be able to notify the government about burning waste, industrial pollution, dust, etc., by registering complaints online.”

Earlier on October 6, CM Kejriwal announced a seven-point action plan to fight the menace of air pollution in the capital. And, the Green Delhi mobile application is an essential part of the plan. The other points on the action plan include – dust-control strategies, tree transplantation policy and schemes to encourage electric vehicles, and more.