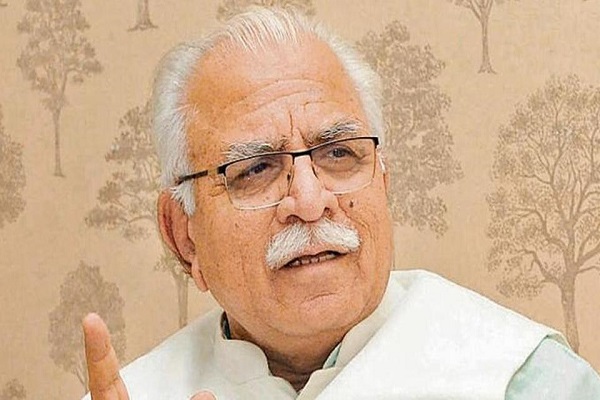 While addressing a press conference, Chief Minister of Haryana, Manohar Lal Khattar said, all the new initiatives taken by the Government of India and the Government of Haryana in the last six years are in the interest of the farmers. While saying so, the CM cited two new ordinances namely the Farmers’ Produce Trade and Commerce (Promotion and Facilitation) Ordinance and the Farmers (Empowerment and Protection) Agreement on Price Assurance and Farm Services Ordinance, 2020 brought by the Centre recently. As per theses, the farmer can sell his produce not only in his state but in the mandis of other states also. Thus, under the contract farming, he can enter into an e-agreement with any person or bank for his farm produce. Besides, now he will not be required to mortgage his land with the bank for the crop loan.

The CM said that we are heading towards realizing the vision of Prime Minister Narendra Modi of doubling the farmers’ income by the year 2022. For the last two years, Minimum Support Price (MSP) is declared before the sowing of crops, he said adding that with this, the farmer can make up his mind in advance to sow the crop accordingly. Though the government would continue buying the crop in the mandis at MSP, in case the farmer gets price more than the MSP outside the mandis, then he can also sell his crop at a higher price. The gap in the price of the crop would be compensated under the Bhavantar Bharpayee Yojana, he added.

During his address, the CM appealed to the farmers to remain vigilant from those people who may try to mislead them on these ordinances. He said that some leaders had been misleading the farmers on “Pradhan Mantri Fasal Bima Yojana”, but now the farmers have understood and are coming forward to ensure their crop.

The CM also mentioned the Aatma Nirbhar Bharat Fund in his speech saying that in the Rs 20 lakh crore economic package Rs 1 lakh crore has been kept for agricultural infrastructure including warehouses and agro-based industries. Moreover, schemes are being strategised to ensure that farmers of Haryana get the maximum benefit from the package, he added. He said that the State Government has decided to hire 17,000 Kisan Mitras, who will voluntarily advise the farmers on effective utilization of land and assist in better financial management.

The CM said that schemes are being formulated to ensure that farmers sell their produce as traders are it through FPOs or under their own brand. He announced that 2000 ‘Retail Outlets’ would soon be opened in villages and cities through the Cooperation Department, in which the youth of the village and town will work according to their abilities and skills. He said that these outlets will function as mini supermarkets. Apart from this, potable mineral water under the brand name ‘Haryana Fresh’ is also being launched through the Public Health Engineering Department.

He said that some people had opposed “Mera Pani Meri Virasat Scheme” at the beginning which aims at water conservation so that the future generations do not suffer. He said that the government had targeted to sow other water-efficient crops in place of paddy in one lakh hectare area, but the farmers understood the importance of the scheme and have so far made registrations for 1,18,128 hectares area on Meri Fasal-Mera Byora portal for sowing alternative crops in place of paddy. Similarly, with a view to ensuring that soil health cards are available to the farmers close by, water and soil testing would be done in the laboratories in schools and colleges. He said that soil health cards will be issued every three years for 70 lakh acres of area in the state so that the farmers are aware of the fertility of their land and can sow the crops accordingly.

He said that in the last few days, connections have been issued for 13,000 to 14,000 agriculture pump sets in Haryana. He said that the farmers could also purchase motor up to 10 Hp. If the farmers have deposited the security with the Power Corporations, it would be returned to them along with the interest. Similarly, the Pashu Credit Card scheme has been implemented on the pattern of Kisan Credit Card and 1,40,000 cattle rearers have so far registered under the scheme.