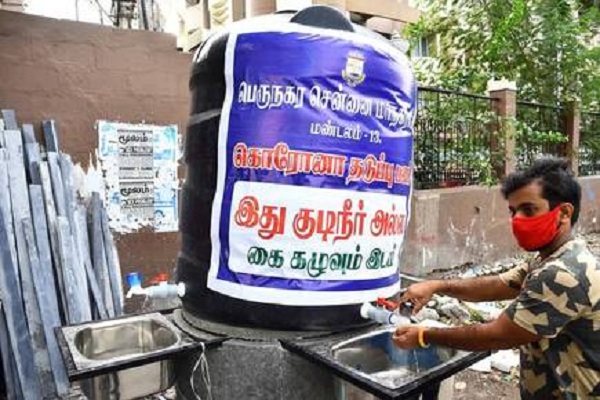 SP Velumani, Local Administration Minister, informed in a media briefing, on June 17, that the Chennai Metropolitan Water Supply and Sewerage Board has been directed to install more plastic water tanks in containment zones, especially where there is a lack of piped water supply to individual homes.

The minister was responding to a question about frequent complaints from patients on the shortage of drinking water in the government hospitals during the summers. Velumani told about the decision of installing more plastic water tanks, however, he denied that there was any water shortage throughout the city. Velumani told that a few days ago, during an all-department meeting, it was decided to install more plastic water tanks in the containment zones.

Also Read: Garbage in Chennai slumps by 28% amid lockdown