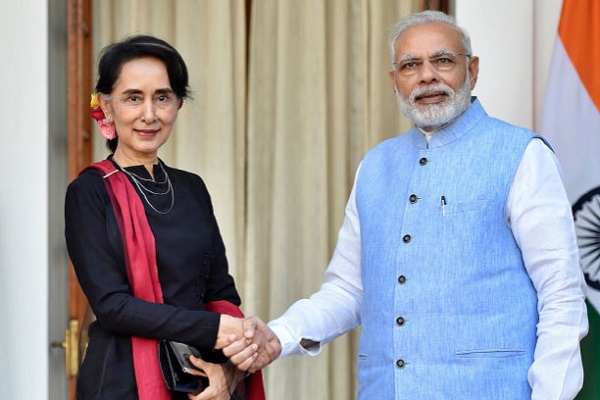 India has been using soft diplomacy to foster deeper business links with Myanmar by focusing on development assistance, grants-in-aid, lines of credit, and capacity building programmes, which have been serving both the countries well.

Despite historically close ties and India being the fifth largest trading partner of Myanmar in terms of bilateral trade, Indian investments in Myanmar are modest and remain below potential. As of April, 2019, India was the 11th largest investor in Myanmar with an approved investment of $7630 million by 30 Indian companies, according to India’s Ministry of External Affairs. Most of Indian investments have been in oil & gas sector. But in the past few years, Indian companies have shown interest in investing in Myanmar and major contracts have been won by them.

India has been using soft diplomacy to foster deeper business links with Myanmar by focusing on development assistance, grants-inaid, lines of credit, and capacity building programmes, which has been serving well both the countries.

India’s President Ram Nath Kovind was in Myanmar on a three-day state visit from December 11-13, 2019. The President reemphasised that Myanmar was a key partner for India’s “Act East” and “Neighbourhood First” policies. During his visit he committed India’s projects that promote Myanmar’s priorities. He also inaugurated the Fifth Enterprise India Exhibition in Yangon to showcase the best of Indian products, services, innovation and knowhow to business partners, start-ups, incubators and customers in Myanmar.

Earlier, Prime Minister Narendra Modi paid his first bilateral State visit to Myanmar from 5th to 7th September 2017. During this visit, both the countries reviewed various projects in Myanmar like the Kaladan Multi Modal Transit Transport Project and other road and bridge construction projects as fully funded grant-in-aid projects supported by India. Completion of these projects is set to further boost the investment climate with improved connectivity.

With both the countries trying to find ways to diversify their mutual trade and investments, the potential areas of investment in Myanmar by Indian companies include renewable energy, power, light engineering, agroproducts and machinery, IT, pharmaceuticals, healthcare and education sectors.

India has been engaged in a range of projects in Myanmar including in areas like roads, railways, telecom, power, energy, hydrocarbons, remote sensing, agriculture, industry, IT, health-related services and education. Some of the Indian companies that have been making inroads in Myanmar include ONGC Videsh Limited, Jubilant Oil and Gas, Escorts, Tata Motors, Essar Energy, RITES, Apollo, CIPLA, Ranbaxy, Cadila Healthcare Ltd, Dr. Reddy’s Lab. and Century Ply, among others.

As India and Myanmar have a long history of shared religious, linguistic and ethnic ties, Myanmar can be India’s gateway to South East Asia and ASEAN.

There is a lot of scope for the Indian companies to further deepen their roots in the country and look beyond agriculture, oil & gas sectors. With both the countries trying to find ways to diversify their mutual trade and investments, the potential areas of investment in Myanmar by Indian companies include renewable energy, power, light engineering, agroproducts and machinery, IT, pharmaceuticals, healthcare and education sectors, among others.

Education and Health are particularly two very critical areas where India has competitive advantage in Myanmar, as the country needs educational institutions, centres of excellance and learning, and a world-class health infrastrcture including multi-specialty hospitals. Enhancing strong links between institutions of India and Myanmar in these sectors will be a win-win for both the countries. As part of its efforts in these two areas of cooperation, India has successfully established centres for industrial training and enhancement of IT skills and other capacity building programmes in Myanmar. Also, both the countries have agreed to deepen their engagements in some of the mutually identified core sectors. Comprehensive MoUs would be explored in areas of Health Care and Textiles. Project identified for Myanmar for preparation of DPR includes setting up of a MultiSpecialty Hospital and/ or Medical College and an Educational Institute in Myanmar. 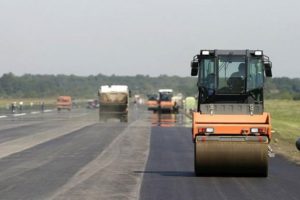 India has much to offer Myanmar in terms of infrastructure development, cutting-edge products and services and digitally-driven choices – from fintech to biotech. On the other hand, Myanmar is rich in human and natural resources and can offer opportunities for Indian investments to grow in the fields of energy, telecom, banking, insurance and healthcare.

India and Myanmar share 1,643 kilometer-long common border along the Potkai Hills. India’s four states; Mizoram, Manipur, Nagaland and Arunachal Pradesh share international border with Myanmar. This presents a unique opportunity for both the countries to increase their volume of trade.

However, there have been certain challenges that need to be addressed. The trade between India and Myanmar reached 1.6 billion in 2017-18, which is far less than the actual potential. Also, India’s economic involvement in Myanmar, largely through the public sector, has not been up to the mark with complaints about implementation delays and quality controls.

Also Read: Taking India, Myanmar relations to the next level

Since Myanmar opened its doors to the world after decades of isolation, a new chapter has begun in India Myanmar relation. With India developing its ambitious ‘Act East’ foreign policy, there is set to be a qualitative change in the relations between the two countries. However, this can only be achieved on the back of not only government to government efforts but also through a sustained people to people contact promotion of buisness and investment and partnerships with the private sector of both the countries