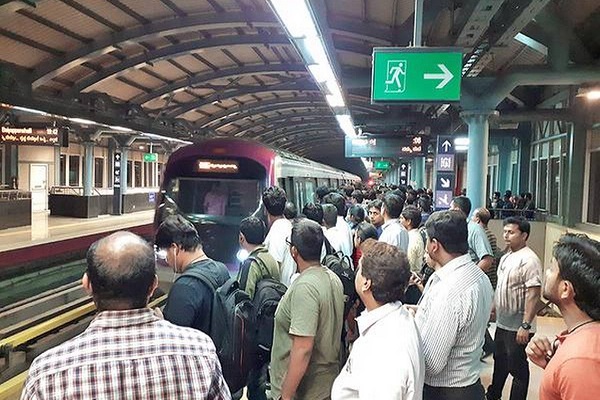 Bengaluru Metro Rail Corporation Ltd (BMRCL) has barred people above the age of 60 and children below 10 years in the metro as a precautionary measure for COVID-19 pandemic. The move was to prevent the elderly and children to get infected as the age groups are more susceptible to the virus.

The Metro Corporation issued an advisory on Friday, March 20 urging the citizens to use the metro services only if required. To enforce the restriction the security personnel present at the stations may not check the identity cards.

Moreover, the BMRCL also decided to conduct random thermal screening of passengers. As per the advisory released, “In case anyone has fever or is observed to have any symptoms of COVID-19, he or she will be referred to the State authorities for medical tests and quarantine. Any passenger who has symptoms similar to those infected by COVID-19 are strictly advised to avoid travel by Namma Metro or any other public transport.”

People travelling by Namma Metro have also been asked to keep at least a metre’s distance from each other for security screening, purchase of tickets, entry through AFC gates, waiting for a metro train, etc. Also, the capacity of trains has been limited to 150 considering that every alternate seat needs to be kept vacant and no standing passenger is allowed.

Further, the advisory also stated that the metro trains may not stop at stations having people crowded and not maintaining a distance of one meter between each other.

BL Yeshwanth Chavan, Chief PRO of BMRCL said, “The advisory has been brought out in the interest of the public. Metro and subway systems all over the world are following the same measures to contain the spread. Security personnel at the metro stations have been asked to guide passengers and ensure that they follow the rules.”