Trivandrum Smart City is working on socio-economic inclusion apart from the basic urban services and development of smart roads by utilising technology. We want to give a unique identity to Trivandrum as well as keep the cultural heritage aspect intact, says P Bala Kiran, CEO, Smart City Trivandrum Limited in an exclusive interview with Sudheer Goutham of Elets News Network (ENN).

Please share the progress of the Trivandrum Smart City projects that have been taken up.

Trivandrum Smart City emerged in the third round of Smart City Challenge and we have stood first in the third round. Smart City project is extremely close to the heart of Trivandrum Municipal Corporation as well as the residents of the city. It involves a lot of stakeholder discussions, identifying and setting up projects, putting it in the format, submitting it to Smart City Mission and getting approval for it. We have got the approval in the third phase and created the Special Purpose Vehicle (SPV) which started working in a full-fledged manner from last August. Within one year, we have made tremendous progress.

The project approved under the Smart City Plan is Rs 1,538 crore. As many as 43 projects under six subheadings are working for us. At present, work on 40 projects has started. Smart City project has a detailed pre-implementation phase, including Situation Analysis Report, Feasibility Report, Detailed Project Report (DPR), Request for Proposal (RFP), administrative sanction, technical sanction and tendering followed by the implementation.

The Government of India has given us the target to the third round smart cities to tender 100 percent of the work by March 2020. We will be completing the whole work two months in advance to meet the target of the Government of India. At present, we have completed the DPRs for Rs 614 crore worth projects, out of which administrative sanction has been issued for Rs 560 crore worth projects. The technical sanction process is also going on and already Rs 250 crore technical sanctions have been issued. We have tendered almost 12 projects. We aim to complete the entire tendering process by December.

What are the major highlights of Trivandrum Smart City?

We have divided the whole project into six modules – Urban Basic Services, Land Use Efficiency, Cultural Identity, and Heritage, Resilience and EcoFriendliness, Socio-Economic and Pan City Solutions. One major component in all Smart City projects is the Smart Roads Network, which is merging technology and utilities in road infrastructure. In Trivandrum Smart City also, around Rs 600 crore worth project is only for smart roads. In smart roads, all the on-ground utilities such as KSEB electricity lines, BSNL and Optical fiber lines will be moved to the shoulders of the road carriageways and will be given separate underground ducts where these will be laid together. We are also using high-end technology for ducting wherein even the small roads will be using the underground ducting.

On top of all smart roads, we will be having an excellent carriageway, a bicycle park, and a footpath. On the footpaths, we will have smart bus stops with variable messages and signs giving the GPS location of the bus and how much time it will take. Apart from these, we will build an information kiosk, drinking water kiosk, WiFi facility and an entire gamut of smart technology like smart poles and emergency call boxes across the smart roads. 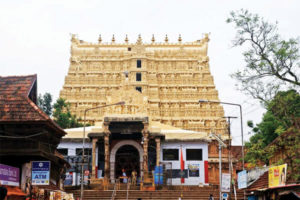 Within the smart parking system, we have sensors to detect the presence of parking slots and an integrated command and control centre (ICCC). We are also heavily deploying technology in smart city solutions wherein we are coming up with ICCC to integrate services of almost 15 to 16 departments and numerous services. It will also comprise of a traffic command control centre wherein we are using state of the art technology to regulate the city’s traffic. This includes red light violation cameras, over speeding cameras, automatic number plate detection and face recognition measures.

All these cameras are also being set up apart from 885 CCTV cameras wherein we want to leverage technology for traffic management. Also, we are coming up with an intelligent traffic control system at 53 junctions wherein the red light and green light will be merged in a way so that there is very little stoppage of vehicles. Wherever the traffic block is high, there will be an intelligent way to manage the duration of green light. We are also trying to get more green zones so that the vehicles will be continuously moving depending on the traffic pattern. These are some of the technologies which are being brought up in smart cities and will be going in for tender very soon.

What are the challenges you are facing in terms of integrating these plans? How do you plan to execute them and bring the citizens in confidence?

Apart from the basic urban services and development of smart roads by utilising technology, there is a lot of socio-economic inclusion we are bringing in. Within this, we have identified three slums in Trivandrum core area and developing those as part of the slum rehabilitation plan. We are taking up anganwadis and the public health centres within this area and developing them to international standards. This has got a lot of traction. We are also trying to make the vending zones organised and give them a heritage look. We aim to give smart cities a cultural identity. At present, most of the cities look-alike with lots of flyovers and metros. Whether you are in Delhi, Mumbai or Kochi, the unique identity of the cities is getting lost. If you go on a six-lane national highway, you cannot differentiate. Right from Kolkata to Chennai, the whole structure of roadways is the same. You do not know if you have reached Vishakhapatnam or Bhubaneswar because everything is being bypassed.

“Trivandrum city is actually an administrative and a temple city. It is not a business city like Kochi, Mumbai or Hyderabad. It has got its own laid back, yet disciplined and organised atmosphere where organisations function within the particular working hours. It is not as cosmopolitan as Kochi. Given this context, the smart city is concentrating more on developing urban infrastructure in a big way and tourism is an off shoot of that.”

There is also a component called cultural heritage. We have a heritage town called East Fort where Padmanabhaswamy temple and all the palaces are located. We are taking up all these places under renovating cultural heritage project. We have already done Padmanabhaswamy temple renovation, rehabilitation, and restoration through Swadesh Darshan project, which is also part of the smart city project. Apart from that we are also building up some temple tanks and creating new heritage walks. This is the identity we want to bring back to Trivandrum which has not yet lost its charm since there is no metro or flyovers as of now. The city has its own cultural identity and we want to reinforce that.

What will be the eventual look and point of attraction in Trivandrum Smart City?

Trivandrum city is an administrative and a temple city. It is not a business city like Kochi, Mumbai or Hyderabad. It has got its own laid back, yet disciplined and organised atmosphere where organisations function within the particular working hours. It is not as cosmopolitan as Kochi. Given this context, the smart city is concentrating more on developing urban infrastructure in a big way and tourism is an offshoot of that.

As I am heading as Director for Tourism also in Kerala, we are also merging the aspect of cultural heritage within the smart city project. We are coming up with a project called Travancore Heritage Programme which looks back at various components of the Travancore dynasty and its later facets and its interaction with British Heritage and how it has now come back into a modern outlet.

Also, this is the place where Shri Narayan Guru had started a social renaissance movement and his birthplace is Chempazhanthy village which is located close to the city area. He formed several temples that allowed entry of the oppressed classes in those times. Gandhiji has also come here several times which has its historic significance. We are integrating all those aspects into Travancore Heritage Programme and promoting it in a big way, especially by merging our museums, secretariats, art galleries, etc. It has got huge roots of Travancore Dynasty till 1947 so we will be merging all of it into this project.

Any timeline you have set for the Travancore Heritage Project?

We are going in for the tender right now. The last date is 14 November for the tender of the consultant and we are estimating the duration of completion to be three years we will able to complete it.

Would you like to give out any message to the readers of eGovernance Magazine?

The aim of Smart City Mission is not to change the whole city. There are 100 wards in the Trivandrum Corporation but the Smart City project is happening in the Area Based Development of nine wards. We want these nine wards under the Smart City project to be imbibed with technology, state of the art infrastructure so that it becomes a model for people to adopt the practices in the smart cities and expand it to entire areas of the city. We want to bring in the concepts of technology, road infrastructure, multi-level car parking, tanks, social inclusiveness and all of these can be later expanded to the entire state. We also want to bring in a mindset change from the people. We believe that not just urban infrastructure, we are also looking at civic mindset change and civic sense be instilled into the citizens of Trivandrum and of course the entire state.