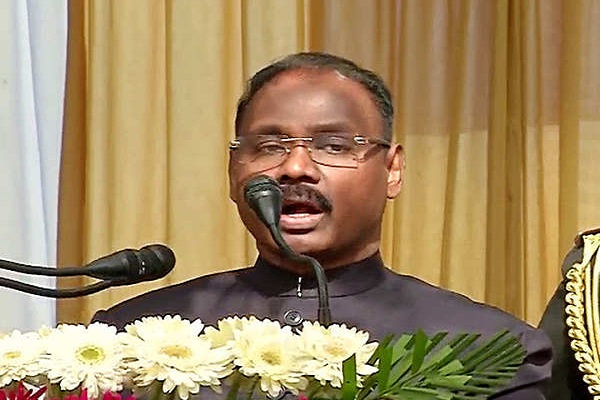 The oath ceremony was administered by Gita Mittal, Chief Justice of Jammu & Kashmir, while the appointment warrant was read out by Chief Secretary BVR Subrahmanyam.

He took over the post from Satya Pal Malik, the last governor of Jammu and Kashmir, who has been transferred to Goa.

Jugal Kishore, Rajya Sabha MP and BJP leader and Nazir Laway, PDP member were among the 250 guests present at the ceremony.

Murmu, a 1985-Batch IAS officer of Gujarat cadre was serving as Secretary in the Union Finance Ministry’s expenditure department.

Murmu had served as Additional Principal Secretary to Narendra Modi, during his tenure as Gujarat Chief Minister.

Also Read: Girish Chandra Murmu to be the next CAG

Hailing from Odisha, he is an MBA in Public Policy and a Post Graduate in Political Science.