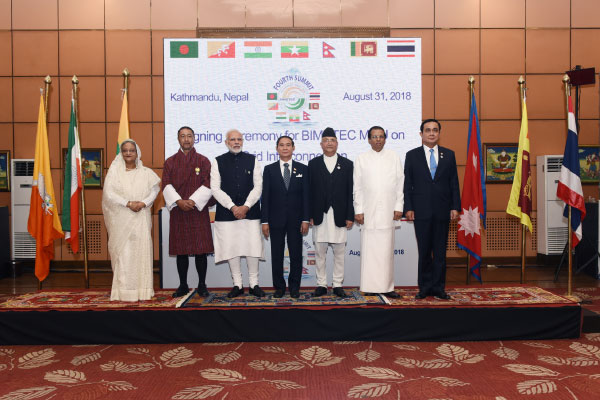 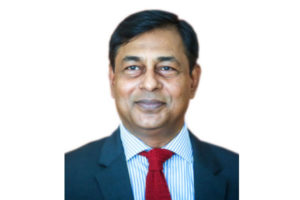 M Shahidul Islam is the Secretary General of the Bay of Bengal Initiative for Multi-Sectoral Technical and Economic Cooperation (BIMSTEC), a regional organisation comprising seven Member States lying in the littoral and adjacent areas of the Bay of Bengal constituting a contiguous regional unity. Joining Bangladesh Foreign Service in 1988, Mr Islam has served in many countries including India, US, Switzerland, S. Korea, France, Algeria and Romania as a career diplomat. Mr Islam holds a Masters in International Relations from the University of Dhaka and a Post-Graduate Diploma in International Relations from the International Institute of Public Administration, Paris, France.

BIMSTEC has been serving as an effective platform to facilitate regular exchanges among the Governments of Member States, thereby narrowing down differences and creating common grounds for cooperation. BIMSTEC has held four Summits, 16 Foreign Minister level meetings, three National Security Chiefs’ Meetings and 19 Foreign Secretary level meetings since its inception.

The Bay of Bengal Initiative for Multi-Sectoral Technical and Economic Cooperation, better known by its acronym BIMSTEC, is an inter-governmental organisation that brings together seven Member States surrounding the Bay of Bengal, namely Bangladesh, Bhutan, India, Myanmar, Nepal, Sri Lanka and Thailand. As stipulated in the Bangkok Declaration of 1997, BIMSTEC’s primary objective is to create an enabling environment for rapid economic development through identification and implementation of specific cooperation projects in the sectors of trade, investment and industry, technology, human resource development, tourism, agriculture, energy, and infrastructure and transportation.

Since its inception, BIMSTEC has been evolving constantly to transform itself into an efficient platform of regional cooperation and integration in the Bay of Bengal region. Beginning with six sectors of cooperation, the number of sectors of cooperation under BIMSTEC has increased in the subsequent years to 14 covering such diverse areas as trade and investment, transport and communication, technology, tourism, energy, agriculture, fisheries, counterterrorism and transnational crime, environment and disaster management, climate change, public health, poverty alleviation, culture and people-to-people contact.

While the initial focus of BIMSTEC was to implement project-based cooperation, the organisation gradually began to lay down legal framework for cooperation and build institutions, and curved its distinct identity as a grouping of Bay of Bengal nations. BIMSTEC has concluded some landmark agreements like Framework Agreement on BIMSTEC Free Trade Area (2004); BIMSTEC Convention on Cooperation in Combating International Terrorism, Transnational Organised Crime and Illicit Drug Trafficking (2009); and MOU to establish BIMSTEC Grid Interconnection (2018).

BIMSTEC received fresh impetus at the BIMSTEC Leaders’ Retreat held in Goa, India on 16th October 2016, when the leaders reiterated their strong political commitment to make the organisation stronger, more effective and result-oriented. Since then, efforts have been redoubled to conclude new agreements to enhance trade and connectivity, including Agreement on Cooperation and Mutual Assistance in Customs Matters, BIMSTEC Motor Vehicle Agreement and BIMSTEC Coastal Shipping Agreement.

The Trade Negotiating Committee (TNC) and its Working Groups have resumed negotiations to finalise the constituent agreements of the Framework Agreement on BIMSTEC FTA. The 21st TNC Meeting held in Dhaka, Bangladesh in November 2018 reached agreement on a number of core elements related to the Agreement on Trade in Goods, and its Rules of Origin and Product Specific Rules (PSR). Besides, other trade facilitation agreements are also being negotiated to remove non-tariff barriers to trade.

BIMSTEC recognises that a wellestablished transport network is a prerequisite for reaping the benefits of a free trade area, including the promotion of trade and investment, as well as progress in other areas of cooperation such as tourism, peopleto- people contact and cultural exchange. Most Member States have taken initiatives towards implementation of the 167 projects that were identified by the ADBassisted BIMSTEC Transport Infrastructure and Logistics Study (BTILS) of 2014 in order to address the missing links to establish greater physical and economic connectivity between South and South East Asia. BIMSTEC is currently developing the BIMSTEC Transport Connectivity Master Plan with a vision to promote seamless connectivity between and across BIMSTEC countries, through the use of different transport modes, to achieve enhanced transport and trade linkages for faster and more inclusive growth.

BIMSTEC has been serving as an effective platform to facilitate regular exchanges among the Governments of Member States, thereby narrowing down differences and creating common grounds for cooperation. BIMSTEC has held four Summits, 16 Foreign Minister level meetings, three National Security Chiefs’ Meetings and 19 Foreign Secretary level meetings since its inception. The Fourth BIMSTEC Summit has further emphasised the need to hold regular meetings of various levels of BIMSTEC mechanism.

Efforts are underway to rationalise and consolidate BIMSTEC’s operational modalities and institutional structure. The Forth Summit agreed to adopt a BIMSTEC Charter in the Fifth BIMSTEC Summit to be held in Sri Lanka, decided to explore the possibility of establishing a BIMSTEC Development Fund (BDF), and review and rationalise the existing 14 sectors of cooperation to eventually reduce their numbers to enhance focus of the organisation. As part of strengthening the BIMSTEC Secretariat, the number of directors has been increased to seven, to be filled by one director from each Member State.

The organisation is increasingly aligning its activities with the efforts of its Member States to meet the 2030 Agenda for Sustainable Development. The Fourth BIMSTEC Summit reiterated BIMSTEC’s commitment to the eradication poverty in the Bay of Bengal Region by 2030 in line with the 2030 Agenda for Sustainable Development and called for gearing up efforts of all sectors to contribute to the over-arching goal of poverty alleviation. BIMSTEC is in the process of establishing closer collaboration with the UN system, Asian Development Bank and the World Bank in this regard.

Historically, the Bay of Bengal used to be a centre for global maritime trade, and a hub of commercial and cultural exchange. BIMSTEC is striving to restore the historical connectivity in order to promote trade and investment, tourism, people-topeople contact and cultural exchange to contribute to the sustainable development of this region. With renewed political commitment of the Member States and the urge to put in place focused institutional structure, BIMSTEC has generated new hope. Indeed, the time for BIMSTEC has come, and the organisation is poised to play a greater role in promoting peace, prosperity and sustainable development in the Bay of Bengal region.