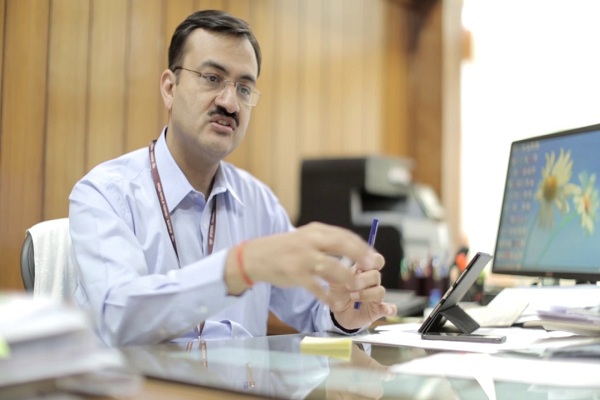 Ashutosh Jindal, a 1995-batch officer of Tripura cadre has been appointed as Joint Secretary in the Cabinet Secretariat.

Jindal earlier was serving as Joint Secretary, Ministry of Petroleum & Natural Gas, Government of India. In the past, he has held the post of Secretary of Finance, Urban Development and Tourism Departments in the state of Tripura.

He also served as an Advisor in the Indian Mission to European Union in Brussels (Belgium), Government Director of ONGC Videsh Ltd., and Government Nominee Director at GAIL (India) Limited.

Ashutosh Jindal holds BE in Electronics & Communication Engineering and did his Post-Graduation in Economics.

Ashutosh Jindal, the then Joint Secretary, Ministry of Petroleum and Natural Gas, Government of India mentioned that from May, 2014 till March, 2019, more than 13 crore new consumers joined the LPG family making it as an unprecedented fact that there were only 13 crore consumers in April, 2014 – thus meeting the nearly impossible aspirational goal of 13 crore connections in five years the same as the number achieved in nearly 60 years of LPG movement during an interview with Elets News Network (ENN).