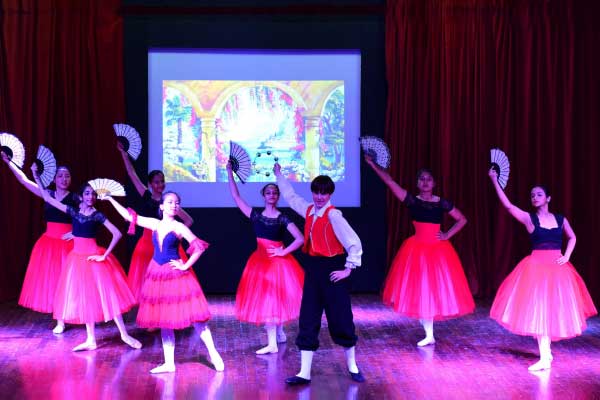 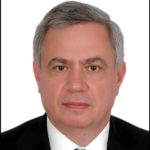 Fedor Rozovskii is the Director of Russian Centre of Science and Culture, New Delhi. Graduating from the Institute of Asian and African Countries, Moscow State University, he has received a Diploma in Oriental Languages and Literature. He is proficient in Hindi, Urdu, Farsi, English and French, and has authored a number of articles on Indian literature and Indo-Russian bilateral relations. He has served as the Director of Soviet/Russian Centre of Science and Culture in Madras, Bombay and Dhaka since 1989 and is presently working as the Counsellor and Head of the Cultural Department in the Embassy of the Russian Federation in India, New Delhi.

The Russian Centre of Science and Culture (RCSC) organises a variety of events such as painting exhibitions, music and dance programmes, film shows, seminars, literary evenings, olympiads, chess tournaments, etc, keeping in view the noble objective of the consolidation of Russian-Indian relations. Besides, the centre fulfills the ambition of aspiring Indian students to pursue their dreams of obtaining quality education in medicine, engineering, nuclear physics and other subjects in reputed universities at affordable cost in Russia.

Precisely assessing the historical and cultural background of relations between Russia and India, one could trace its genesis ever since the visit to India by the Russian traveller Afanasi Nikitin in the 15th century. The visit to India by Prince Alexei Saltykov, a well-known Russian aristocrat, traveller and artist during 1841-43 and 1845-46, is yet another landmark in this respect. The passion and emotional attachment to the great Himalayas and India of the eminent Russian artist and first Cultural Ambassador Nikolai Roerich and his family is a glorious chapter in the Russian-Indian cultural relations. Under the Federal Agency for CIS countries, Compatriots Living Abroad and International Humanitarian C o o p e r a t i o n (ROSSOTRUDNICHESTVO), five Russian Centres of Science and Culture (RCSC) are functioning in India (New Delhi, Kolkatta, Mumbai, Chennai and Thiruvananthapuram).

The RCSC in New Delhi is the oldest one. It was established in 1958 as the Cultural Department of the Embassy of the USSR and branched out in 1965 as the Soviet Cultural Centre. At the present stage, ROSSOTRUDNICHESTVO carries out its activities in the following areas: support and promotion of the Russian language and literature, art, culture and science as well as developing humanitarian activities between our peoples.

Besides, such institutions as The Roerich’ Art Club and Museum, The Institute of Russian Language, The School of Russian Classical Ballet, The Art School, Botwinnik Chess Academy, Rus Education, The Week- End School of Russian Language and Culture for Russian Compatriots, along with a full-fledged Library equipped with a wealth of Russian literature and a Film Archive, packed with many classical and modern films of Russia function in the premises of the RCSC.

The RCSC fulfils the ambition of aspiring Indian students to pursue their dreams of obtaining quality education in medicine, engineering, nuclear physics and other subjects in reputed universities at affordable cost in Russia. For the last 20 years, the RCSC in association with Rus Education, organises Educational Fairs in various Indian cities involving, high-power Russian delegation, comprising of educational experts, vice chancellors, academics, professors and specialists drawn from leading universities. Thousands of Indian students have successfully completed their higher education in Russian universities and occupied higher positions in the country and abroad. E Every year, the RCSC and Rus Education organise a farewell meeting “Sobnaniye” for Indian students admitted to Russian universities.

The Representative Office of ROSSOTRUDNICHESTVO in India is a leading body is granting Russian State Scholarships to meritorious Indian students every year, and in 2019, 100 people students were selected to continue their studies in prestigious Russian universities. By the Decree of the Governments of Russia and India, 2018 and 2019 have been declared as the Years of Youth Exchange between the two countries. Under the Russian Presidential Programme “New Generation”, more than 150 Indians have visited Russia. The programme involves short-term trips to Russia of young representatives of political, social, scientific and business circles of foreign countries in order to familiarise themselves with various aspects of life in the Russia. About 700 young Indians attended the XIXth World Festival of Youth and Students in Russia in 2017.

In 2018-2019, the RCSC programme of the RCSC “Window to Russia” received a considerable boost. The programme is aimed at enabling Indian students to acquaint themselves with the history and culture of Russia as well as the activities of the RSSC. The RCSC organised over 70 functions on Russia for in 37 Indian schools Apart from the above activities, several other interesting events took place at the RCSC in New Delhi this year. These include Days of Russian Language and Culture, Day of Russian Language to mark the birth anniversary of Alexander Pushkin, anniversary of Leo Tolstoy, anniversary of Yuri Gagarin’s historic space flight, anniversary of the blockade of Leningrad, etc. A special event was the departure of Indian students to Russia to take part in the International Robotics Competition League.

The folk festival “Maslenitsa” was organised at the RCSC was able to inculcate enthusiasm among the Russian compatriots and citizens of Delhi. The Days of Russian Cinema was again an event of prominent interest among the Indian public. The event showcased some new modern Russian movies with the gracious presence of Russian movie artists. The holding of a Round-Table with the participation of Mr. Yuri Trutnev, Deputy Chairman of the Government of Russian Federation and Presidential Envoy to the Far East Federal District of Russia, along with the representatives of leading Russian and Indian universities was yet another significant event of the year, and which gave a substantial boost to the cooperation between Russian and Indian universities.

In a bid to strengthen Russian- Indian scientific ties, the RCSC jointly with Rosatom organised a presentation of the book “Nuclear Alphabet” in Russian, English and Hindi.” In 2019, The International Year of Periodical System of Chemical Elements and the 180th birth anniversary of eminent Russian scientist Mendeleev were celebrated at the RCSC in New Delhi. Promotion of Russian-Indian cultural relations, a key factor in every joint Russian-Indian agreements, assumes new dimension in the strengthening of goodwill, expression of solidarity and consolidation of people-to-people diplomacy between Russia and India.