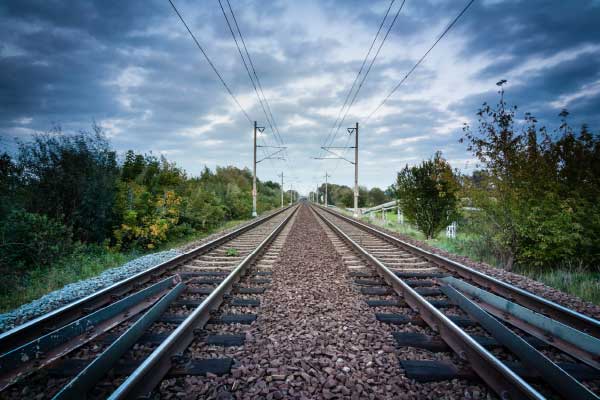 Being the third largest railway system in the world, Russia’s entry in India to help modernize Indian Railways has marked a new era of a robust partnership between the two countries that will unlock huge potential.
By Poornima Bajwa Sharma, eGov Bureau

Spanning over a length of 67,000 km, Indian Railways is the fourth largest railway network in the world, with an annual freight movement of more than one billion tonnes and a daily passenger movement of 24 million. However, the network is plagued by overstretched infrastructure, inadequate carrying capacity, huge unmet passenger demand, high freight tariff, slow speed and below par safety, etc. Building upon and upgrading India’s railway infrastructure is a key priority of the Government of India. In recent years, Indian Railways has been undergoing a comprehensive transformation in pursuit of converting itself into a new age, modern, efficient and high speed transportation system. As India continues to explore more and more possibilities of high-speed rail networks, global participation in railway projects are set to become a new area of cooperation with India, under the ‘Make in India’ banner. The Russian Railways—the third largest rail systems in the world—has offered to cooperate in this direction, by offering state-of- theart technologies in automation, safety system, collision repair and monitoring rail network via GPS and collaboration in developing highspeed rail links given Russia’s expertise in the area.

In December 2015, during Prime Minister Narendra Modi’s visit to Russia, the Indian Railway and Russian Railways signed an MoU for technical cooperation in the rail sector. The MoU identifies various key areas of cooperation such as modernisation of existing Indian Railways lines in order to raise train speeds to 160-200 kmph, modern control and safety-related systems based on satellite navigation and digital communication means. The 2016 BRICS Summit in Goa spelled a new era of Indo-Russian cooperation in railways, with the signing of the protocol for preparation of a feasibility study for modernisation of the Nagpur-Secunderabad railway line.

This project marked Russia’s first entry into India’s rail sector. Indo- Russian cooperation in the Nagpur- Secunderabad route is currently on fast-track. A joint preliminary report by teams from both countries was submitted to the Indian Government in January 2017 and a working group for project-implementation was created. RZD International, a special purpose engineering company established within the Russian Railways, is carrying out the feasbility study which aims to increase the top train speed on the route from 120 kmph to 200 kmph.

The project entails a complete overhaul of the existing infrastructure including re-alignment of tracks, treatment of earth bed where the soil is loose, and deployment of digital technology based communication network,. The project will also include a number of safety features such as overpasses, anti-collision and antiram barriers, automatic alarm systems and protective fencing along the length of the rail track.

In October 2018, a Memorandum of Cooperation (MoC) was signed between the Ministry of Railways and joint-stock company Russian Railways on the sidelines of the India-Russia Summit. The MoC carried forward the initiatives taken up under the memorandum of understanding (MoU) signed on December, 2015. These included setting up of a single traffic-control centre for managing mixed traffic at the local level, best practices in freight cargo operations, development of multi-modal terminals and exchange of the best technologies used by the two countries, besides the implementation of the Nagpur- Secunderabad high speed section.

It also included training and skill enhancement of Indian Railway personnel by Russian railway training establishments. More recently, in April 2019, an MoU was signed between Research Designs and Standards Organisation, under the Ministry of Railways, India and Railway Research Institute, Russia and Research and Design Institute for IT, Signalling and Telecommunication on Railway Transport, Russia. The MoU will facilitate exchange of information, expert meetings, seminars, technical visits and implementation of jointly agreed cooperation projects.