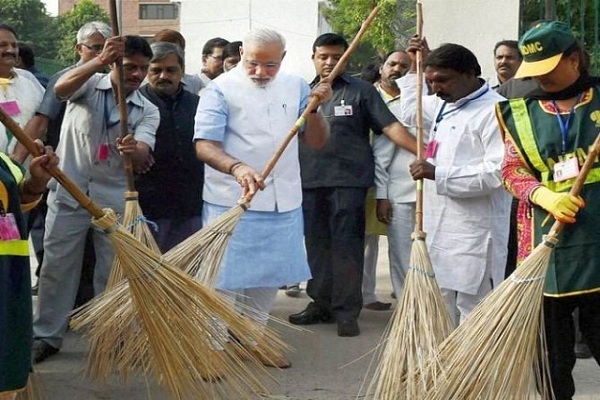 Prime Minister Narendra Modi is set to receive yet another award, this time by the Bill & Melinda Gates Foundation, for his ambitious pet project, the Swachh Bharat Abhiyaan.

Modi will be presented with the award during his visit to the United States of America later this month.

Hailing the announcement, MoS PMO Dr Jitendra Singh said in a tweet: “Another award, another moment of pride for every Indian, as PM Modi’s diligent and innovative initiatives bring laurels from across the world.”

Another award,another moment of pride for every Indian, as PM Modi’s diligent and innovative initiatives bring laurels from across the world.
Sh @narendramodi to receive award from Bill & Melinda Gates Foundation for #SwachhBharatAbhiyaan during his visit to the United States. pic.twitter.com/QlsxOWS6jT

Swachh Bharat Abhiyan was the first ambitious project launched by the Prime Minister in NDA’s first term at the Centre. The project was put in motion as a tribute to Mahatma Gandhi on his birth anniversary on October 2, 2014.

Earlier this year, Bill Gates commended PM Modi for the mega health scheme that the Modi government had launched; Ayushman Bharat scheme aims to provide free healthcare to over 10 crore people across India.