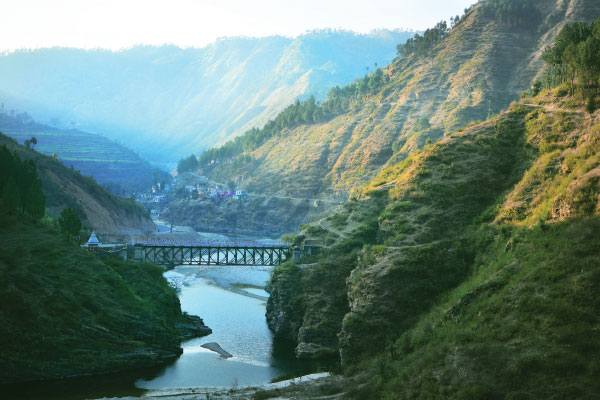 The annual minimum water discharge hydrograph reveals that during the last two decades the minimum summer discharge has drastically come down. If this trend continues and no river rejuvenating measures are taken immediately, the entire perennial stream network would disappear, writes Major Praveen of Eco Task force, Almora. 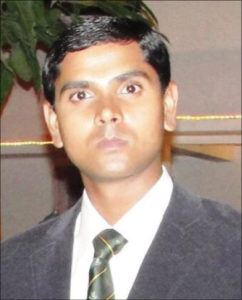 The perennial stream network of the Kosi River in Almora district is transforming into a non-perennial network. The length of perennial streams in the Kosi watershed in the district has reduced to 41.9 km only. The perennial streams are disappearing steadily from their places of origin in the region. The Kosi originates from the reserved forest of Dharpanidhar Hill which lies in the North West of the Kausani town. The place of origin gives birth to as many as 11 tributary rivers to different directions, like Kasaulya Ganga, Rudra Ganga, Penath Ganga and Dev Gad (all tributaries of the lifeline of Almora town -Kosi River), Jantarya Gad and Garur Ganga.

Due to drying up of tributary streams from their places of origin and downstream areas in the range of 1-3 kilometers in the Kosi watershed, the summer discharge of the Kosi River is dwindling very fast. The annual minimum water discharge hydrograph reveals that during the last two decades the minimum summer discharge has drastically come down. If this trend continues and no river rejuvenating measures are taken immediately, the entire perennial stream network would disappear and the mighty Kosi River will become a seasonal river in the near future.

Unlike other rivers, Kosi is a non-glacial river; therefore, its life depends on the water recharged in its huge catchment area. Unfortunately, that is happening far less now. About 350 villages fall in the catchment area; hence the participation of local people is necessary to save the river (Kosi) from dying.

Efforts to Save our Kosi

We have seen a tremendous response from the local populace in terms of participation in Kosi River conservation efforts. It is important to make people responsible and engage them in tasks to safeguard the plantations. The local populace can also play a critical role in controlling this raging inferno which can directly hamper the efforts being made to safeguard the river.

Kosi is a lifeline of Almora and every step must be taken to save the river. Encouraging local participation will surely play a crucial role in rejuvenating River Kosi.