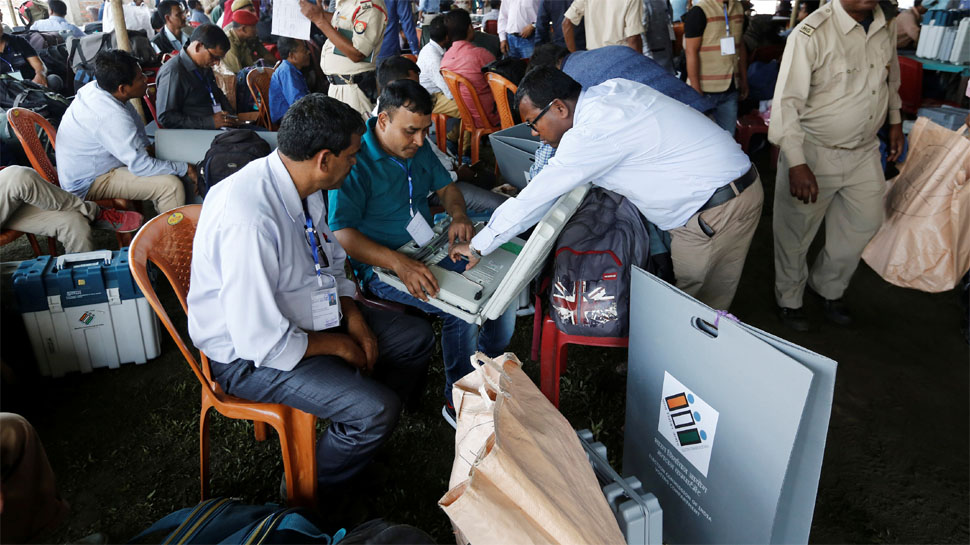 The Election Commission of India is conducting the third and largest phase of Lok Sabha 2019 elections on 23 April, 2019. The polls are held across 14 states and two Union Territories. As per reports, approximately 24 percent voter turnout was seen till 12 noon. So far, West Bengal has recorded highest voter turnout (35 percent) till noon whereas Jammu & Kashmir has the lowest turnout (4.72 percent).

As per schedule, the polling process commenced at 7 am. However, the turnout was low in the initial hours.
Some of the constituencies in Uttar Pradesh, Kerala and Goa faced technical glitches in the Electronic Voting Machines (EVMs).

EVMs across India malfunctioning or voting for the BJP. DMs say poll officials untrained to operate EVMs. 350+ being replaced. This is criminal negligence for a polling exercise that costs 50,000 crs.

Should we believe DMs @ECISVEEP, or is something far more sinister afoot? pic.twitter.com/eGsGUUBWai

The approximate voter turnout at the different constituencies is as follows: