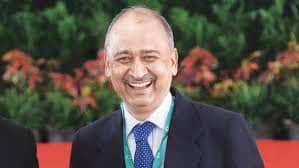 Air India chief Pradeep Singh Kharola has been appointed Civil Aviation Secretary by the Government.
Kharola is a 1985-batch IAS officer of the Karnataka cadre.

He was appointed as the Chairman and Managing Director of Air India in November 2017.

Now, in his current role, he is taking charge in place of Rajiv Nayan Choubey who superannuated on January 31.