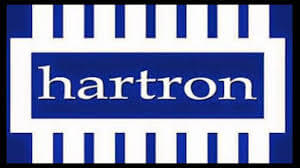 Creating a conducive environment for startups in Haryana by taking key initiatives regarding creation of incubation network and playing a major role in implementation of Digital India vision, especially digital infrastructure as a utility for citizens, the Haryana State Electronics Development Corporation (HARTRON) is at the forefront of providing a major thrust on application of Information Technology in the Government.

Haryana State Electronics Development Corporation (HARTRON), the nodal agency for promoting Electronics and IT Industry in the State, is playing a pivotal role in making IT vision of Haryana a reality. Hartron plays a major role in implementation of Digital India vision, especially digital infrastructure as a utility for citizens (Hartron manages SWAN, NOFN, state data centre, public WiFi in rural and urban areas), e-Governance and services on demand (Hartron has prepared various e-services and supplied many e-Governance solutions to the departments) and digital empowerment of citizens (facilitating creation of CSC in each panchayat, Hartron provides IT skills, Centre for Startups, Cashless India, R&D and BPOs, etc).

Hartron is in the process of creating a conducive environment for startups in Haryana by taking key initiatives regarding creation of incubation network that would be analogue to a Hub and Spoke Model. The Startup Warehouse already operating in Gurugram in collaboration with NASSCOM, has been nominated as the hub incubator, while the UN Technology Innovation Lab (UNTIL), Mobile Application Development Centre (IAMAI), Centre of Excellence (IoT Lab) and the Startup Incubator at Panchkula will act as spokes. Hartron is a pioneer in the preparation of elector’s voter I-cards and voters’ lists with photographs of the electors, a fact which has been commended by even the Election Commission of India. In fact, HARTRON was the first organisation in the country to undertake the voter ID cards project. The project involved the largest database application in India, wherein the details of electors were to be maintained along with their photographs.

Hartron through its R&D centres at Ambala and Gurugram is providing a wide range of facilities, which include development of electronic, optical and optical instrument products, precision mechanical components, CAD/CAM training, servicing and maintenance of electronic and medical equipment, etc. Training is also provided through franchise centers in IT-enabled services, computer consultancy and software development. Presently, the corporation is placing major thrust on application of Information Technology in government and has assisted Electronic and Information Technology Department in formulation of Information Technology and Electronic System Design and Manufacturing policy, entrepreneur and startup policy, communication and connectivity infrastructure policy, and cyber security policy.