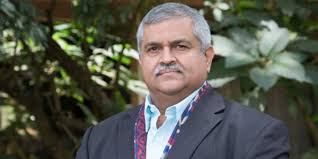 Indian Development Economist and United Nations official Satya S Tripathi has been appointed as the Assistant Secretary-General and Head of the New York Office of the United Nations Environment Programme (UNEP).

He will succeed Elliott Harris of Trinidad and Tobago.

With over 35 years of experience, Tripathi is a known development economist and lawyer who is associated with the UN since 1998. He particularly worked in Europe, Asia and Africa.

He was the Director and Executive Head of the United Nations Office for Reducing Emissions from Deforestation and Forest Degradation in Developing Countries Coordination in Indonesia, as well as for the United Nations Recovery Coordinator for the $ 7 billion post-tsunami and post-conflict recovery efforts in Aceh and Nias.

He has also served as the Chair of the Committees on Laws and Treaties for the United Nations-mediated Cyprus unification talks in 2004.

Before that he was a Senior Distinguished Fellow on Natural Resources Governance with the World Agroforestry Centre and on the World Economic Forum’s Global Advisory Council on Forests.