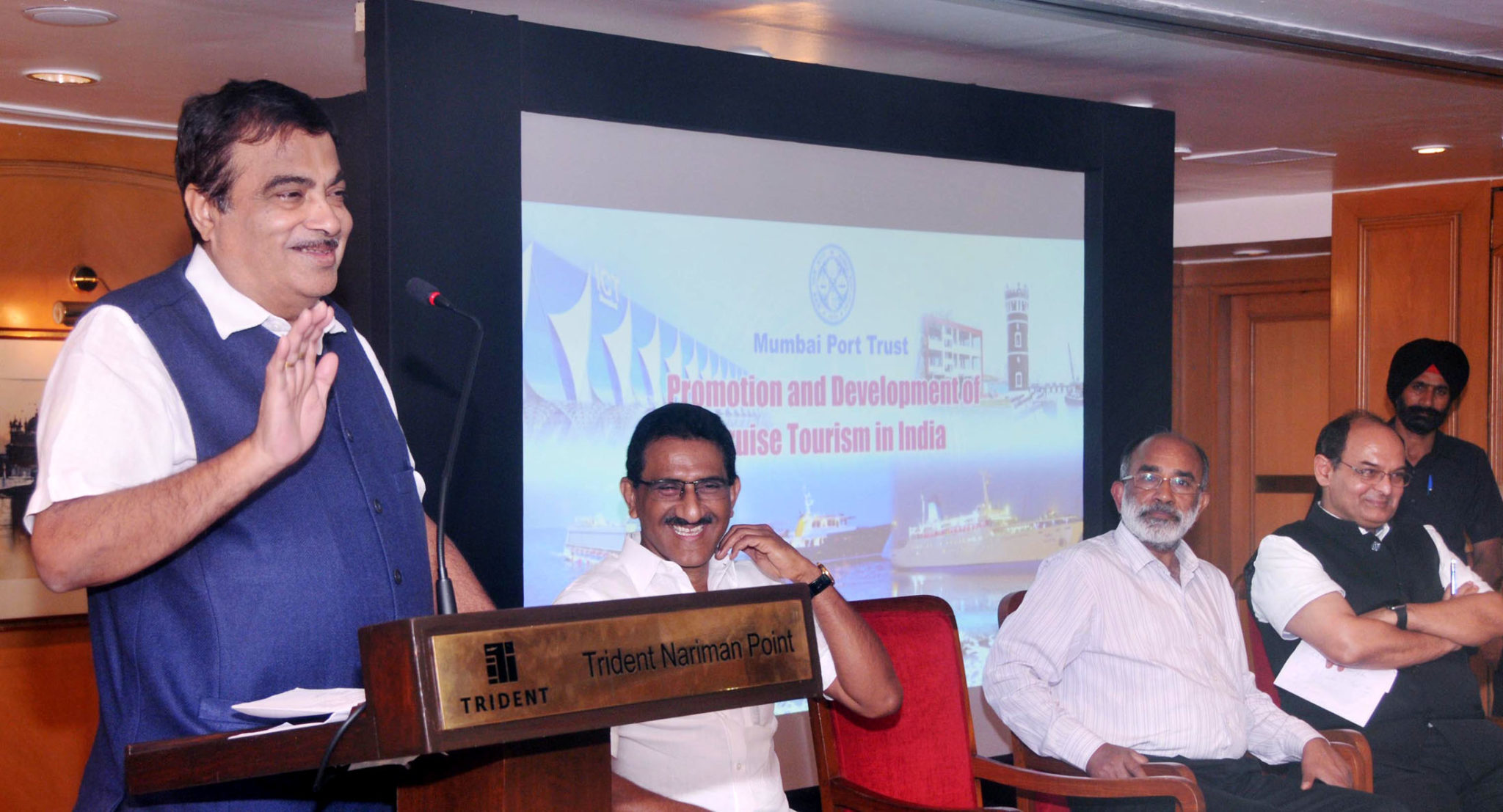 The Union Minister for Road Transport & Highways, Shipping and Water Resources, River Development & Ganga Rejuvenation,  Nitin Gadkari addressing at an interactive session on Promotion and Development of Cruise Tourism in India, in Mumbai on July 05, 2018.
The Minister of State for Tourism (I/C), Alphons Kannanthanam and other dignitaries are also seen.

The Government is promoting use of methanol and ethanol fuels to be used in cruise so as to bring down fuel cost.

He was present along with Union Minister of State for Tourism (I/C), K J Alphons in Mumbai, where he interacted with travel and trade fraternity on various issues concerned with cruise and other tour and travel related matters.

Gadkari also invited cruise tourist companies to bring cruises from abroad and indigenous them in India, noting that this will be cost-effective for them. He said that the Government is ready to co-operate with the industry and work on innovative ideas.

He also announced that the Government has  promoted cruise tourism through upgradation of cruise terminals and enabling freer flow of passengers.

Development of cruise tourism in India is identified as a thrust area by the Government of India.

As against 2 lakh cruise passengers presently visiting India, 4 million passengers are expected to be visiting in coming 25 years.