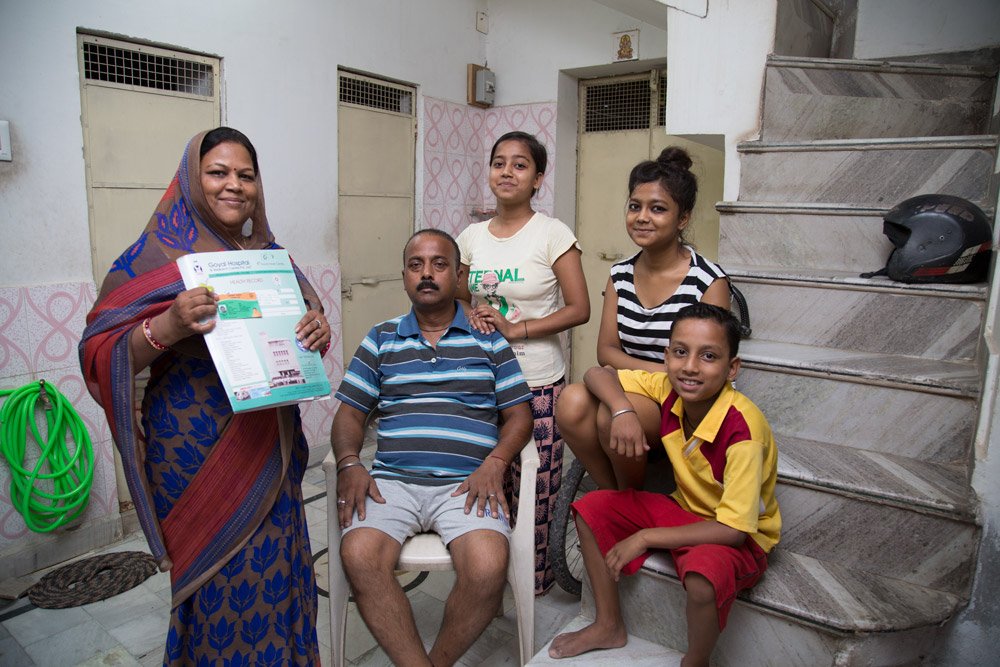 Hailed as one of the largest health insurance schemes in the country, the Bhamashah Swasthaya Bima Yojana was launched by the Government of Rajasthan across the State in 2015 for around one crore eligible families. All families covered under the Rashtriya Swasthya Bima Yojana (RSBY) and National Food Security Act (NFSA) can benefit from this scheme, observes Elets News Network (ENN).

The basic aim of the Bhamashah Swasthya Bima Yojana (BSBY), or the Bhamashah Health Insurance Scheme is an improvement in the overall health indicators of the State, a reduction in out of pocket expenses for the State’s residents, providing financial security to the poor against ailments and bringing a revolution in healthcare in rural area by providing stimulus to private sector to open hospitals in rural areas.

The first phase of the scheme ended on 12 December, 2017 and the second phase started on, 13 December,2017 for the next two years. As per official figures, around one crore families identified under the National Food Security Act (2013) are eligible to get benefit under the scheme which comprises around 67 per cent of State’s total population. As part of the mega initiative, a dedicated website for BSBY has been created for the dissemination of recent/ latest orders, guidelines and notices, etc. In addition, the information and success stories are also being shared on Facebook, BSBY blog, twitter etc. Thanks to an effective IT-backed infrastructure, with a dedicated and comprehensive IT interface, fully integrated with all the relevant departments and stakeholders, the scheme has been found to be very effective for people who needed any relevant information and a mechanism for grievance redressal, particularly in times of a medical emergency. In essence, ever since its launch, BSBY has played a key role in turning around the lives of thousands of citizens for their good.

Ensuring a unified, comprehensive and integrated mechanism for providing financial security to the poor against illnesses.

“A few months back, I was diagnosed with brain tumour. It really came as a shock to me as we had no means to afford the operation. But then thanks to the Bhamashah Health Insurance Scheme, I was treated at a private hospital and now I am recovering well. Thanks Bhamashah!”

Manoj Kumar, 35, a resident of Bikaner

“Last year, while returning from a wedding, I met with an accident and the doctor suggested an operation in the leg. I had no money that time but then Bhamashah Swasthaya Bima Yojana, I was operated at one of the best hospitals in the State. Today, I am again able to walk on my own. I would always remain indebted to Bhamashah Swasthaya Bima Yojana.”