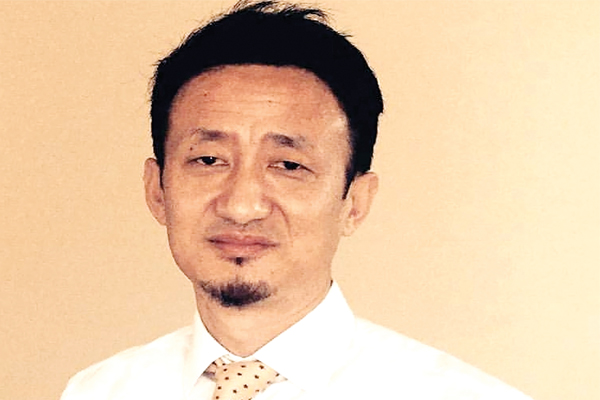 The Government of Sikkim has already established free e-learning Computer Centre for its citizens to prepare them to embrace plethora of IT and ICT interventions that Smart Cities Mission will be launching in the days to come, says Navin Rai, Joint Chief Town Planner, Nodal Officer- Smart Cities Mission, Urban Development and Housing Department, Government of Sikkim, in conversation with Elets News Network (ENN).

What is your vision for the urban development of Sikkim?

Sikkim has one of the fastest rates of urbanisation in India (as per the census 2011). On the contrary, out of entire geographical area of approximately 7,000 sq km only 7-8 percentage of the land mass is habitable which leads to the increased pressure on the existing land mass and natural resources. In order to ensure the balanced and sustainable urban development in the State, it’s the right time for the professionals and policymakers to capitalise on the several national flagship mission targeted for urban development especially like Atal Mission for Rejuvenation and Urban Transformation (AMRUT), Swachh Bharat Mission (Urban), HFA and most importantly Smart Cities Mission.

It’s been always our effort to promote and propagate the planned urban growth and envisage having a uniform urban development in Sikkim by using various instruments of urban planning practices. We are constantly striving towards the creation of sustainable urban growth ensuring the livable and vibrant society for urban dwellers, conducive and enabling environment to the economic activities, ensuring the safety of the city dwellers, creating more avenues for the employment, inclusive and democratic cities environment. To achieve all this, we have adopted a strategic urban planning development strategy which encompasses all the frameworks which would enable us to achieve the desired outcomes.

By and large, my vision for the urban development of Sikkim is to strive towards inclusive, comprehensive and environmental sustainable development.

How e-governance is driving Sikkim in its urban development?

Despite having technology savvy citizens, openness of the Government to embrace the platforms of e-governance to optimise the service delivery efficiency to its citizens, data mining within the government organisation, Sikkim is no exception like many north eastern States which are generally plagued by existing bad connectivity of the mobile network as well as slower bandwidth. Nonetheless, at the micro level, Sikkim has prioritised setting up of spatial data sets in the digital format bringing more efficiency creation of spatial data base of urban footprints. This has resulted in increasing the efficiency in planning of utilities, project formulation and updating the data sets of the properties of the city. On the contrary, the visibility of the e-governance as a driving force in delivery of citizen’s services, it is yet to yield more tangible results which is perhaps owing to the lack of uniform platform in interoperability of data sets and government policies. However, on the other hand, having such huge spatial datasets is surely going to help in integrating the e-governance dimension in the shortest possible time in days to come.

What plans are being formulated to develop Gangtok as a Smart City?

The Smart City Proposal of all the selected cities are by and large have the same components of the infrastructural developments primarily consisting of Pan City and Area Based Development integration with ICT components. However, each city has its own unique character and challenges. Like Gangtok Municipal Corporation has the focus on the redevelopment of the existing Old Hospital area as an iconic city centre having facilities like open green spaces, urban arts, iconic landmark structure, multi-purpose adaptable space, open gym, local food courts and parking for more than thousand vehicles.

Apart from this, the main challenge of the existing congestion of the city during peak travel time is already worked upon. Gangtok is also working for effective solid waste collection and management. Furthermore, Gangtok Smart City has mainly tourist oriented economic base so the focus is also on the development of existing pedestrian walkways retrofitting with universal access design features and appropriate streetlights.

What challenges are posing hurdles in effective urban development of the State?

There is always a challenge when we try to intervene in the existing urban building footprints. On the contrary, it’s much easier to implement the projects in green field developments. To sum it up, the primary challenge would be the limited availability of land parcel for creation of impactful projects, its geographical terrain, and the aspiration to own the car of the local population. There are gaps in the existing institutional framework like in Namchi Municipal Council and Namchi Smart City Limited.

What special programmes are you planning for in the coming years?

The Urban Development and Housing Department is already working towards the Monorail projects from a Ranipool (almost 11 kms to enter into city) to upcoming Central Secretariat. Once operational, this will definitely bring about the radical transformation to the city and ultimate user experiences to the citizens. Adding to this, the Government of Sikkim through our department has already established the Free E-learning Computer Centre to its citizens to prepare them to embrace the plethora of IT and ICT interventions that Smart Cities Mission will be launching in days to come. In general, the mandate of the department is to manage, administer and ensure the balanced growth of the urban centre of Sikkim.

The department would especially be looking at formulation of several planning and policy frameworks for the State in line with best global urban practices, setting up the state-ofthe- art spatial urban data repository and paving way for sustainable development.

(Navin Rai possesses B Arch (Hons) from NITP, M Planning (Environment) from SPA-D and currently associated with London School of Economics and Political Science (LSE, UK) as Bloomberg fellow for Public Policy in LSE cities under the Department of Sociology)