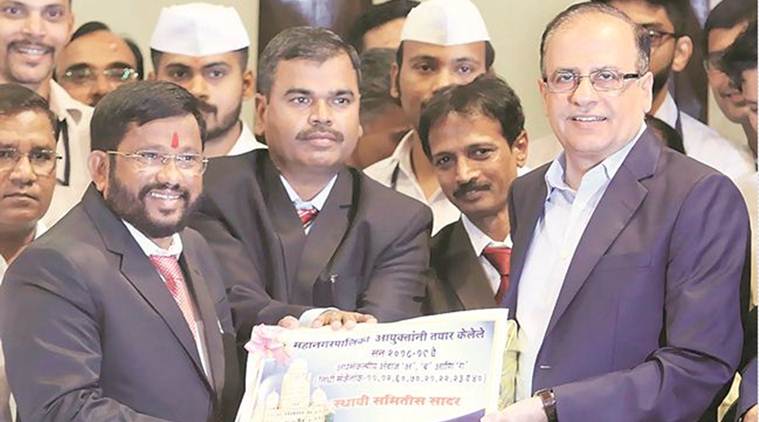 Brihanmumbai Municipal Corporation (BMC), the richest civic body in the country, has presented budget for the fiscal 2018-19 of Rs 27,258 crore which was an 8,42 percent increase as compared to last year.

Promising to focus on efficient resource allocation for Mumbai’s growing needs, including adequate capital expenditure on critical infrastructure projects, Ajoy Mehta, Municipal Commissioner, BMC has tabled the budget in stressing the big-ticket projects like the Mumbai Coastal Road and Goregaon Mulund Link Road which have received a boost while allocations to departments like roads, storm water drains increased.

The civic chief said that while no new taxes have been imposed this year, owing to a depletion in revenue income, from the next financial year they may have to withdraw from special reserve funds created by time.

Senior Bureaucrat Bahagwan Sahai, a 1984 batch IAS, is being appointed as commissioner under the Right to Services Act, while State Election Commission Secretary Shekhar Channe is likely to be appointed as the new Transport Commissioner of the state.

The Transport Commissioner post was laying vacant after incumbent Praveen Gedam was appointed Officer on Special Duty to Union Railway Minister Piyush Goyal. Finance Secretary (Accounts & Treasures) V K Gautam has transferred to Tourism Department. He will replace Nitin Gadre, who has not given a new assignment.