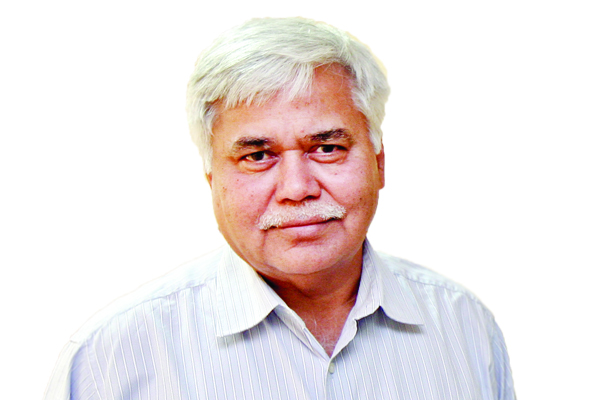 Use of new technology always changes the working dynamics and enhances competition. The current competition between telecom providers has made the data services affordable for the common citizen of India, says R S Sharma, Chairman, Telecom Regulatory Authority of India (TRAI) in an interview with Gautam Debroy of Elets News Network (ENN).

“It is important that all applicable systems are tested before commencement of commercial services because a licensee has to ensure that its service meets the Quality of Service (QoS) standards prescribed by the Licensor or Telecom Regulatory Authority of India (TRAI).”

TRAI has made a host of recommendations to improve the telecom sector so far, what exactly is the mandate of TRAI to ensure a better quality of voice calls?

The traditional ways of assessing voice quality have been through periodic reporting by Telecom Service Providers (TSPs) audit of quality of service by independent agencies and drive test of mobile networks. In the new initiative of TRAI to assess voice quality, greater reliance has been placed on technology in communicating with consumers, in consonance with the vision of Digital India.

In this regard, TRAI recently launched the TRAI MyCall Mobile App, which empowers user to rate the voice call experience and share it with TRAI. User can also share the environment in which he is using the network and the kind of problem he is facing during the conversation such as noise or audio delay or a call-drop. Do you think setting up of Ombudsman or a similar authority, as suggested by TRAI, could really address consumer grievances?

The TRAI, in March 2017, after examining the issues related to grievance redressal in the telecom sector gave its recommendations to the Government, which inter-alia suggested setting up an office of a telecom Ombudsman. These recommendations, based on an intensive stakeholder consultation were based on a clear finding that the existing mechanism to address telecom consumer grievances is inadequate, given the quantum and nature of such grievances. TRAI has made recommendations to restructure the grievance redressal mechanism into a three-tier mechanism, with the TSPs themselves, forming the first grievance response level. The Authority’s recommendations for establishing an independent and appropriately empowered structure, in the form of an Ombudsman, for resolution of grievances of telecom consumers also covers aspects such as the functions, structure, powers and funding of such an office of the Ombudsman.

It does not envisage taking away any of the existing channels of redressal which the consumers may seek to resolve their grievance.

The Authority’s suggestion for creation of an Ombudsman is out of its firm conviction that establishing an independent mechanism for grievance redressal would be a small, but gainful effort for all stakeholders of the Telecom Sector. When can we expect recommendations for net neutrality?

Before finalising any recommendations to the government, TRAI has to undertake public consultation on the issue, including open house discussions at one or more cities, depending on the importance of the issue. Views of all stakeholders need to be considered and decisions have to be taken in a transparent manner. TRAI has undertaken one round of open house discussions on the issue of net neutrality. Further, these discussions are planned at Bengaluru this month and in Delhi next month. Considering this, the recommendations on net neutrality are expected to be finalised by October, 2017.

How do you perceive the views expressed by Telcos on network testing?

It is important that all applicable systems are tested before commencement of commercial services because a licensee has to ensure that its service meets the Quality of Service (QoS) standards prescribed by the Licensor or Telecom Regulatory Authority of India (TRAI). Failure on part of licensee to adhere to the Quality of Service standards is liable to be treated as breach of terms and conditions of license.

As per the general practice, before the commercial launch of services, TSPs use test Subscriber Identity Module (SIM) Cards to check the quality of its network. Till date, need was not felt to specify various aspects of testing such as definition of test cards, limit of test cards, testing duration etc. TRAI has issued a consultation paper on the subject in May 2017. TRAI will issue its recommendations to Department of Telecom (DoT) after completion of the consultation process.

The number of landline subscribers is witnessing a decline whereas mobile phone subscribers are increasing across India, how do you view this situation? While consumers have embraced wireless networks for a voice solution, it needs to be remembered that wireline networks have some inherent strengths which cannot be matched by wireless networks. As more and more customers are seeking high speed dat  services, wireless networks are increasingly finding it tough to meet the ever-rising data demand, particularly in a spectrum constrained sector.

In the event of catastrophes, when wireless radio networks could be choked or unavailable altogether, wireline networks become a robust alternative. (iv) It is widely believed that ubiquitous broadband access can be made possible only through wireline infrastructure (built on copper pair and optical fiber cable) because of its capacity and, therefore, when it comes to broadband, wireless networks will remain a complement to, rather than a substitute for, wireline networks. In a nutshell, wireline networks promise much better delivery of high-speed data services to consumers than the presently available wireless networks.

(v) To promote investment in, and adoption of, wireline networks (so that they may become an effective vehicle for the delivery of high-speed Internet in the country), the Authority has decided to prescribe FTC (fixed termination charges) as well as MTC (mobile termination charges) for wireline to wireless calls as zero in the IUC

What’s your take on the competition among telecom providers ever since Reliance Jio’s introduction in the market?

TRAI has always encouraged healthy competition. It has kept the prices in check and at the same time resulted in increase of usage. This, in turn, has always boosted revenues of the industry as a whole. The telecom sector witnesses fast technological evolutions. Use of new technology always changes the working dynamics and enhances competition which ultimately increases the use of telecommunication across all spheres of activities. This will, in turn, increase the efficiency, effectiveness, GDP of the nation and also be beneficial to the consumers. Telecom services now are no longer an elite’s preserve. It is now the basic infrastructure for ‘Digital and less cash India’. The current competition has made the data services affordable for the common citizen of India.