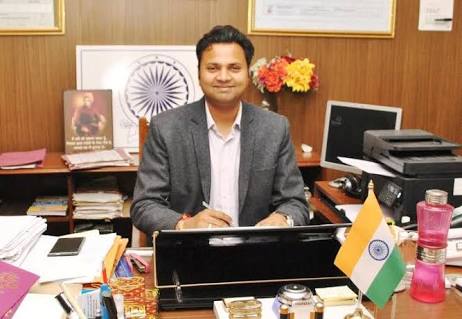 Dalai Lama has an abode in Dharamsala due to which a lot of foreign tourists are coming to Himachal Pradesh. If Dharamsala is developed as a Smart City, a good-will would flow from here to the outside world that India is developing world class cities, says Dharamsala Municipal Commissioner Lalit Jain in an exclusive interview with Gautam Debroy of Elets News Network (ENN).

What are the best smart initiatives adopted by the Dharamsala Municipal Corporation?

We are making smart roads which are properly pavered, it will have boulders and proper drainage system too. Hilly areas require different kind of roads. So, we are making roads by interlocking coloured tiles. There would be street furniture, street lighting, safety features like edge lines, reflectors, traffic signals and warning signs on these roads.

We want to map the entire city for property tax collection through GPS mapping. We are introducing a software system called e-Nagarpalika to make all the citizen services online. We are also building houses for poor here, as in Dharamsala we don’t have any slum. We have identified 144 families who don’t have homes and for whom we are building these houses.

In future, we would like to have a Waste Management Plant which will convert waste to energy. We are in the process of getting forest land clearance for this plant.

We have ‘Swachhata doot’ (cleanliness representatives) to undertake the segregation of waste and to make people aware about garbage segregation. We also want to set up waste to energy plant for which we are in the process for getting forest land.

What is your next plan of action?

We have Rs 600 crore projects under Public Private Partnership (PPP) mode, namely indoor stadiums, cultural centres, development of a market, convention centres, e-toilets etc. We have received a grant of Rs 180 crore from the Central Government, Rs 20 crores have been given by the State Government.

In near future, we will be having project management consultant (PMC) in place. They would chalk out the DPR and all other necessary things.

What initiatives have you taken to adopt cashless economy and Digital India?

We are going to put all the services online. Citizens will start paying everything online. We will be having software for providing e-governance services which will also empower citizens with information about online procurement. By this way, all these activities will support and enhance digital India concept.

What challenges are you facing in Dharamsala while adopting smart initiatives?

Recruiting qualified people is always a challenge here since it is far from the big cities. We have roped in NIXI which is a Government of India corporation to develop software. Our IT department is also helping us.

What schemes are you taking for Swachh Bharat?

As a pilot basis, we have started door-to-door garbage collection in some of the areas and it will be replicated throughout the city. Our 140-odd street sweepers clean the streets everyday in the morning. We have ‘Swachhata doots’ (cleanliness representatives) to undertake the segregation of waste and to make people aware about garbage segregation. We also want to set up waste to energy plant for which we are in the process for getting forest land.

Are you roping in any foreign companies for developmental projects?

Anybody is welcome here! They can come and give their ideas. If their project is selected by the board, we have no problem. Board of the Smart Cities is headed by the commissioner. So, once the project is approved, we start implementing it.

What differentiates Dharamsala from other cities across India?

It is a beautiful place. Secondly, Dalai Lama has an abode in Dharamsala. We have lot of foreign tourists coming here. If Dharamsala is developed as a Smart City, a good-will would flow from here to the outside world that India is developing world class cities.

Have you ever met Dalai Lama to discuss the concept of Smart City?

What are the challenges you are facing in implementing Smart City projects?

We need qualified people in Dharamsala. The Central Government should also help us in preparing the RFPs in a formal manner. Their people come, they survey the area and they can charge us for this. RFP is in float. We are slow but it can be faster, if we get help from the Government of India.