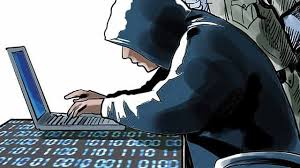 42 cyber crime labs across the state of Maharashtra will be converted into cyber police stations as part of the state government’s strategy to fight sharply rising incidences of cyber crimes.

The incidences of cyber crime have risen by a whopping 142.1 per cent in the last few years, the official said, adding that the government will issue a notification in this regard soon.

“Maharashtra is the first state in the country which will have a cyber police station in each district simultaneously,” a media report quoted a senior Home Department official as saying.

The state government on August 15 this year had inaugurated 34 cyber labs to cover all districts in the state. In all, 51 cyber crime labs are being set up by the state cyber crime wing.

These include the 34 labs at the district level, seven at Inspector General’s offices, nine at commissioner of police offices and one lab at the state police headquarters, the official said.

The cyber police stations will be given the responsibility to invesigate cyber crime cases as tackling such crimes is a daunting task for normal police stations.

According to the official, the cyber labs come with trained manpower and modern equipment to deal with the new age crimes in the cyber world, the official said.