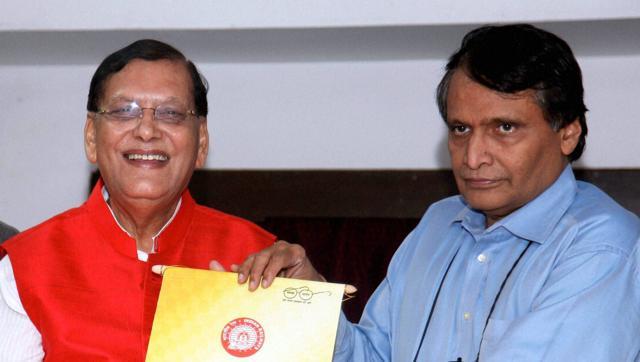 Sulabh International founder Bindeshwar Pathak was recently appointed as the brand ambassador for Swachh Rail Mission at an event held at Railway Bhavan in New Delhi.

“It is a matter of great pleasure for Indian Railways to felicitate Bindeshwar Pathak as he has strengthened the cleanliness campaign of Indian Railways by accepting this invitation of working on cleanliness initiatives,” said Railway Minister Suresh Prabhu, who was present on the occasion along with other key Railway board members and dignitaries.

Railways is hopeful that the collaboration with Sulabh International will improve sanitation facilities at the stations. “Railways can do wonders if people become aware of cleanliness and sanitation matters, Prabhu added.

Speaking on the occasion, Pathak thanked the Railway Minister for felicitating him and said Sulabh International was keen to contribute towards sanitation and cleanliness in Indian Railways.

Sulabh is also planning to rope in school students for the sanitation drive. Every Sunday, 300-odd students wielding brooms in their hands will be cleaning up railway platforms and station premises.

The NGO will be taking up the matter with station masters of all railway stations and every weekend students from one school in the city will be carrying out the sanitation work. So far, 164 “students’ clubs” have been formed by the NGO in 20 states. It further plans to cover all the 8,000 railway stations in India.

“We are roping in students to carry out sanitation work at railway stations. We are in talks with school management and stations managers to execute the plan across the country. This will help generate awareness among young children about sanitation and hygiene,” Pathak said.

He further added that the children will be given certificates on social work that will help them in future.