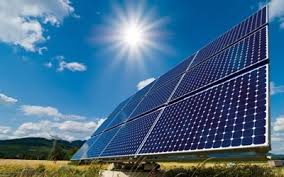 The practices being f
ollowed are similar to those Delhi Metro is employing in Phase-3 and some of its existing stations, but Noida Metro will stand out as India’s most environment-friendly Metro project because the entire corridor will use solar power, right from its head office to parking lots and footbridges.

Noida Metro has set a target of generating 12MW of solar power daily. It is installing solar panels on the rooftops of all stations, footbridges, its main office building, the depot and parking lot boundary walls.

Yadav said solar power will run lights, fans, elevators, escalators and air-conditioning systems at its stations and offices. The traditional power connection will be used as a supplementary source if required or as backup if there is a glitch.

If there is a surplus of solar energy, Metro will route it to the conventional power grid and claim a rebate on its power usage, cutting operational costs.Noida Metro Railway Corporation’s headquarters in Sector 29 will be the first building in the NCR city to fully generate its own solar power.

“Wasted concrete is being used to make kerbstones and tiles, which will be used at stations. We are also using wasted iron for grilles and railings of stations,” Yadav said.

Noida Metro is also planning to build sound barriers along the entire line, 576 rainwater harvesting pits and plant nearly 18,000 trees to compensate for the loss of greenery because of construction.