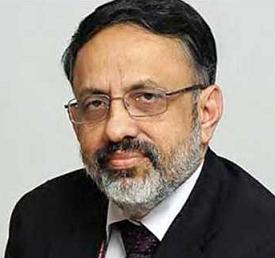 Gauba has wide-ranging experience in senior positions at policy making and programme implementation in the Central and State Governments and in international organisations. Hailing from Punjab, the 1959-born Gauba is a Physics graduate from Patna University.

Gauba also served in the International Monetary Fund (IMF), representing the country for four years on the Board of IMF.

He was Collector and District Magistrate for 7 years in the districts of Gaya, Nalanda and Muzaffarpur in Bihar.

At a meeting with senior officials of the Ministry of Urban Development soon after assuming charge, Rajiv Gauba said: “With the launch of new urban development initiatives like the Smart City Mission, Atal Mission for Rejuvenation and Urban Transformation, Heritage City Development Mission and Swachh Bharat Mission, the focus of the ministry now shifts to effective and timely implementation of the schemes by the States and Urban Local Bodies through effective coordination with them. The Government is attaching priority to urban agenda and best efforts need to be made for successful implementation of the new initiatives.”